Formally, short for AO by Abbreviationfinder, Angola is a democracy where fundamental human freedoms and rights are to be respected. In reality, power is highly concentrated on an authoritarian government, dominated by the People’s Liberation Movement for Angola’s Liberation Party (MPLA). By a new constitution in 2010, the president gained more power.

Upon independence from Portugal in 1975, Angola became a socialist one-party state with the People’s Movement for the Liberation of Angola (Movimento Popular de Libertação de Angola, MPLA) as the only permissible party. The party’s central committee decided in 1990 to accept the principle of multi-party systems and in 1992 the country was given a new constitution which stipulated that the country should be a democracy. In the same year, the first multi-party was held.

A new constitution was adopted in 2010. It gives the president extensive powers of power. The President is Head of State and Government, Commander-in-Chief and Head of the National Security Council. The President also appoints judges to the Constitutional Court and the Supreme Court and appoints the Chief Auditor General.

The new constitution abolished the general elections for the presidential post. Instead, the person at the top of the party list for the largest party in parliamentary elections automatically becomes president. Person number two on the list becomes Vice President. The term of office of the President and the Vice President is five years. They can be re-elected.

The country’s laws are enacted by the National Assembly (Assembleia Nacional), whose 220 members are elected in general elections every five years. The voters cast two votes – one national and one for the province to which they belong. 130 members are appointed on the basis of the national distribution of votes and 90 on the basis of provincial votes (five seats are added in each province). In both cases, a proportional system is applied, that is, the mandate is distributed in proportion to the parties’ share of the total number of votes. The voting age is 18 years. The President may, in certain matters, pass Parliament by decree-making.

According to the constitution, the 18 provinces of Angola are governed by provincial assemblies and their executive bodies. The provincial government is headed by a governor who must be approved by the president. However, elections to the local parishes have been constantly postponed in the future due to lack of resources to organize them. Instead, the provincial governing bodies have been filled with people appointed by the governor. In 2019, President João Lourenço breathed new life into local elections. According to Lourenço’s plan, local elections will be held by 2022

The legal system is based on Portuguese and traditional African law. It is outdated, complicated and ineffective (read more about the justice system in Democracy and Rights).

The two warring parties in the 1975–2002 civil war – MPLA and Unita – remained the dominant political forces in Angola even after the end of the war. Prior to the 1992 elections, a large number of smaller parties were formed. There are now dozens of parties in the country, most of which are locally based.

The MPLA was founded in 1956 as an armed movement to fight the then colonial rule. MPLA was initially a communist movement. Many of the Angolans who designed the MPLA program had studied in Europe and were influenced by socialist ideas. The communist countries in eastern Europe became natural allies to the MPLA regime in Angola, while the support from the western countries was limited. In the early 1990s, MPLA abandoned Marxism-Leninism as an ideology and began to call itself Social Democratic instead. MPLA has its strongest support in the coastal region. The party has lost ground in the recent elections but still has a secure majority in Parliament.

The National League for Angola’s Total Liberation (União Nacional para a Independência Total de Angola, Unita) was also founded as a guerrilla movement (1966). Following the liberation from Portugal in 1974, Unita continued to fight with the support of South Africa and the United States, with the MPLA taking over power when the Portuguese withdrew. Unita is dominated by ovimbundu people and has its main support in the countryside, especially in the provinces of Huambo, Moxico and Bié in central Angola. The fight against communism was not central to founder Jonas Savimbi. He saw Unita as a genuine African movement, which would primarily win the confidence of the rural population. This confidence decreased significantly after 1992, when Unita committed a series of severe abuses against civilians (see Modern history).

By the peace of 2002, Unita officially surrendered its military operations to function solely as a political party. After Savimbi’s death in 2003, his successor Isaias Samakuva sought to transform Unita into a democratic political force. The party has had problems with lack of resources and internal fragmentation but has succeeded in strengthening its position in every election since the peace agreement.

A few months before the 2012 elections, the electoral union Wide Collection for Angola’s Rescue (Convergência Ampla da Salvação de Angola-Coligação Eleitoral, Casa-CE) was formed by an outbreak group from Unita. Casa-CE is led by Abel Chivukuvuku, who was Samakuva’s main competitor for leadership in Unita. The party unexpectedly did well in the 2012 election by turning to the middle class and the intellectuals and by exploiting the growing dissatisfaction of an increasing number of Angolans over not receiving the revenue from the oil and diamonds. This strategy also paid dividends in the 2017 election when Casa-CE could double its number of seats.

The PRS was formed in 1990 and sees itself as a center-left party. The party has its strongest support in northeast Angola. The PRS was part of the coalition governments formed in 1992 and 1996.

FNLA is also a former guerrilla movement that has been transformed into a party. With its base of Bakongo people in the north, FNLA is a prominent regional party. 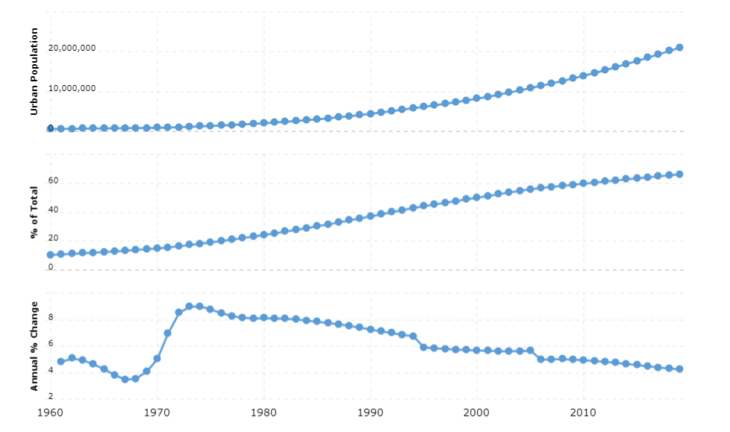 Isaias Samakuva, leader of the opposition party Unita , is re-elected at a party congress. His rival Abel Chivukuvuku gets a quarter of the vote.

The MPLA government freezes all negotiations with the IMF and declares that the country no longer needs foreign loans or assistance. Previously, the IMF has repeatedly criticized Angola for the severe corruption in the state apparatus, and reported that huge sums in the form of oil revenues disappeared without explanation.

Angola becomes a member of the oil exporting countries’ organization Opec . In 2007, the value of the country’s oil production exceeds USD 30 billion.