The Cameroon Constitution states that power sharing and multi-party systems should prevail. In reality, the country’s president has almost unlimited power and can be re-elected as many times as possible. President Paul Biya’s party of the Cameroonian People’s Democratic Assembly (RDPC) dominates politics.

The President is Cameroon’s Head of State, Head of Government and Commander-in-Chief. They appoint the government ministers, the country’s judges and all provincial governors. The Prime Minister’s duties are largely representative. In critical situations, the president has the right to govern by decree.

The 1996 constitutional amendments also meant that Parliament should be provided with an upper house and that part of the power be decentralized to regional assemblies. A special constitutional council would also be created. It took until April 2013 before the upper house was established, and the Constitutional Council was implemented in February 2018. Decentralization is going very slowly.

Parliament consists of a lower house, the National Assembly, and an upper house, the Senate. The National Assembly seats 180 members who are elected in general elections every five years. The voting age is 21 years. The Senate has 100 members who also sit for five-year terms. 70 of them are elected by regional and municipal representatives and 30 are appointed by the president. Laws must be passed by both the National Assembly and the Senate. According to the Constitution, the President of the Senate is to take over power in the event that the President dies during the term of office.

Short for CM by Abbreviationfinder, Cameroon consists of ten regions: the French-speaking Adamaoua, Center, Est, Extrême Nord, Littoral, Nord, Ouest and Sud as well as the English-dominated North West and South West. The regions are in turn divided into a total of 58 ministries with two sub-levels: district districts and districts.

There are over 200 political parties registered in Cameroon, but only a small number have been in the elections that have been held since the introduction of multi-party systems in 1992. Three parties are represented in Parliament since the 2020 elections.

Matters do not play a major role in political life. The parties are often built around a locally prominent person. An important political dividing line is between the French-speaking majority and the English-speaking minority, which feels both politically and economically disadvantaged.

The country’s dominant party is the Cameroonian People’s Democratic Assembly (Rassemblement Démocratique du Peuple Camerounais, RDPC), which has its traditional power base in French-speaking areas in central and southern Cameroon. The party is led by President Paul Biya who himself comes from the south.

Since the 1997 parliamentary elections, the former opposition party National Union for Democracy and Progress (Union National pour la Democracy et le Progrès, UNDP) has been part of the government. With the UNDP’s entry into government, it has received strong support even among the Muslims in northern Cameroon.

The opposition is weak and divided. The largest opposition party is the Social Democratic Front (SDF), which mainly supports in its original area, the English-speaking province of North West. SDF is led by Ni John Mrs. Ndi.

While the SDF requires self-government for the English speakers, the Southern Cameroon National Council (Southern Cameroon’s National Council, SCNC) goes further than that. SCNC is fighting for the English-speaking provinces to break away from Cameroon. The movement is labeled as illegal by the government and is not allowed to register as a party because it is considered to stand for separatism. Its members are being persecuted and thousands are said to have fled the country.

Among the many parties outside Parliament are the Cameroon Democratic Union (Union Democratique du Cameroon, UDC), which is mainly supported by the bamoun people in the west, the Movement for Cameroon’s rebirth (Mouvement pour la Renaissance du Cameroun, MRC) and the People’s Development Front (FDP). 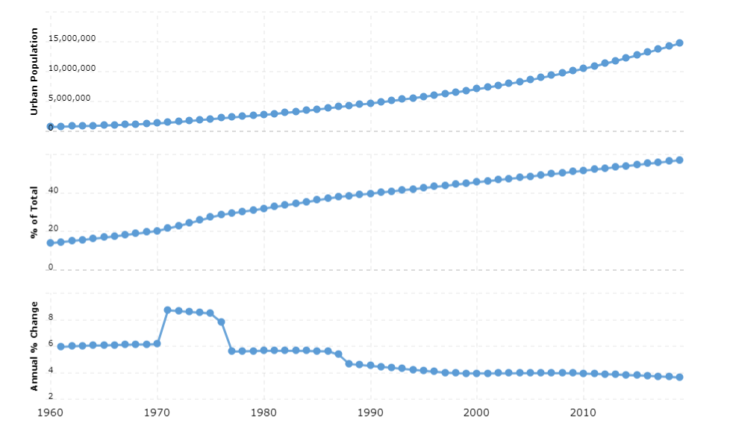 Special courts are set up to investigate persons suspected of bribery. When President Biya reorganizes the government, the mutinous minister of public works is dismissed (see November 2011).

Three men are sentenced to five years in prison each for having had sex in one car. The men deny this and say that they were imprisoned for being femininely dressed. Homosexual acts are illegal in Cameroon.

Togo’s National Commission on Corruption shows in a report that several ministries have been involved in a number of corruption deals from 2008 to 2010. One of those singled out is the Minister of Public Works, Bernard Messenge Avom, who is accused of cutting large sums in connection with a road construction. Biya orders that all ministers and officials suspected of corruption should be held accountable for their actions.

Paul Biya resigns for the sixth term of office. In a speech, he promises to transform Cameroon’s economy through investments in agriculture, mining, energy production and infrastructure development. Biya also promises to implement the constitutional amendments adopted in 1995, which prescribe that Parliament should have an upper house, that power be decentralized and that a constitutional council be established.

President Paul Biya wins the presidential election with 78 percent of the vote. The opposition accuses him of cheating.

The government prohibits all buses and taxis from driving at night to reduce the many traffic accidents. Many accidents occur at night with alcohol-affected drivers involved.

China promises loans to build a deep-sea port in Kribi, from which Cameroon’s oil is shipped.