Short for CV by Abbreviationfinder, Cape Verde’s 1992 constitution states that the country is a parliamentary democracy with multi-party systems. In practice, too, Cape Verde is largely governed by democratic principles. The change of power has taken place since 1992 through free and fair elections.

Cape Verde is a republic whose president is head of state. He appoints the country’s government on the advice of the prime minister and also has the right to dissolve the legislative parliament. The president is elected in general elections every five years and can be re-elected. A candidate must get at least two-thirds of the votes to win, otherwise a second and decisive round of elections will be held between the two candidates who received the most votes.

In the Parliament, the National Assembly, there are 72 members elected in general elections every five years. Six of the members are elected by cutting values ​​living abroad. The voting age is 18 years.

At the local level, Cape Verde is governed by 22 councils, whose members are elected in general elections every five years.

PAICV originated in the fight against the Portuguese colonial power and from 1975 to 1991 was the country’s only allowed party. Earlier, PAICV stood far to the left, but was transformed into a social democratic party during the 1990s. After more than a decade in opposition, PAICV returned to office through electoral victory in 2001. The party also won the 2006 and 2011 elections, but lost to the MDP in 2016. PAICV’s leader in 2000–2014 was reform-friendly José Maria Pereira Neves, the country’s prime minister since 2001. The same year party veteran Pedro Pires was elected president. He was also re-elected in 2006. In accordance with the constitution, Pires could not run for office in the 2011 presidential election. Winners then became MPD candidate Carlos Fonseca, former Foreign Minister. The PAICV party leadership post was taken over at the end of 2014 by Janira Hopffer Almada.

The bourgeois MPD was formed as a counter-force to PAICV and the one-party system. The MPD ruled the country between 1991 and 2001 with Carlos Veiga as party leader and prime minister. Ahead of the 2001 loss election, a fierce leadership battle was fought within the MPD and the party weakened (see Modern History). However, the MPD came back and won a convincing victory in the 2016 election with Correia E Silva as party chairman.

Several new parties have emerged since the mid-1990s, but they have never had any real influence. The democratic and independent Union of the Christian Democratic Cape Verde (União Caboverdiana Independente e Démocratica, Ucid), founded in 1974 in exile, is represented in Parliament. The Democratic Alliance (Partido da Convergência Democrática, PCD) was founded in 1994 by MPD defectors and dissolved in 2006. The Labor and Solidarity Party (Partido de Trabalho e Solidaridade, PTS) was formed in 1998 and advocates increased regional self-government.

In 2015, a new protest movement, MAC # 114 (Movement for Civil Action, Movimento de Acção Cívica) was formed, led by sociologist Rony Moreira, former PAICV politician. MAC # 114 was strongest among young people and was considered to win support by playing on a popular dissatisfaction with high unemployment, corruption, growing crime in the capital Praia and increasing drug problems (both smuggling and addiction). The movement has ties to PAICV leader Janira Hopffer Almada.

The judiciary is independent and has a strong position compared to most other African countries. It rests on Portuguese legal traditions and consists of a supreme court, a constitutional court and regional courts. Under staffing is a problem, with long detention times and missed trials as a result. Even the police have too little resources to be really effective. There has been information about the abuse of suspected offenders by the police force. The country’s prisons are overcrowded and the living conditions of the prisoners are inadequate. However, human rights are highly respected. The death penalty has been abolished. 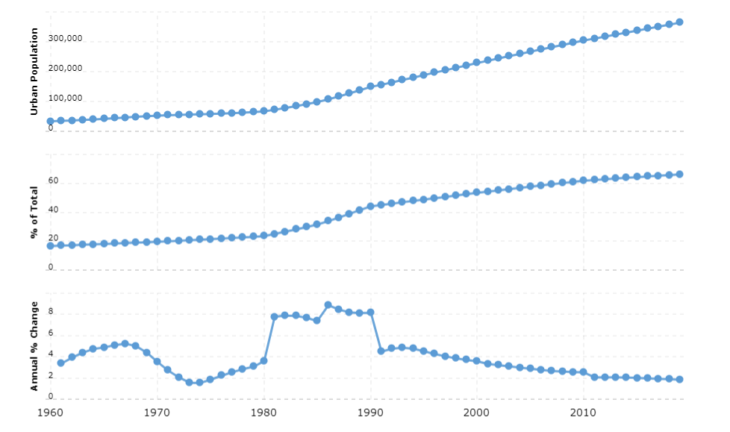