The issue that has caused most wear and tear in the Comoros over the years is the relations between the central power and the country’s three main islands. Since 2009, the central government has strengthened its position after a number of years of increased local self-government. In addition, in 2018, a system was scrapped where the presidential post rotated in turn between the three islands. There are hardly any major ideological divides and the party system is poorly developed.

Short for KM by Abbreviationfinder, the Republic of Comoros (officially the Union of Comoros) is a federation between the three main islands of Grand Comore (in Comorian Njazidja), Anjouan (Nzwani) and Mohéli (Mwali). According to the 2001 Constitution – with an addition from 2009 – the three islands are partly self-governing with each their government and their own elected parliament. Since 2009, the islands have each been their elected governor.

The Union of Comoros has a Union President who is both Head of State and Government. He appoints the federal government, where all the islands receive the same number of ministerial posts. The president is elected in general elections for a term of five years. After a constitutional change in 2018, a president can be re-elected. At the same time, the rotation of the presidential post that has been in effect since 2001. was abolished, especially at the Union level, mainly foreign exchange, defense and foreign policy and religious issues.

The president and governors from the two islands that the Union president does not represent together form an advisory union council.

The Legislative Union Parliament (Assembly of the Union) has 33 members. Twenty-four of these are elected in general elections in one-man election circles every five years. The other nine members are appointed by the islands’ own elected parishes – three from each island. The voting age is 18 years. Since 2009, the President of the Union has the right to dissolve the Union Parliament.

The 2001 Constitution – the Fomboni Agreement – gave the islands far-reaching autonomy in relation to the federal government, but it did not specify in detail how power would be distributed between the Union leadership and the island leadership. This led to repeated disputes between the different parts of the country. In addition, the gigantic administration devoured up to four-fifths of the central government’s budget. In addition, it became necessary to hold a number of costly general elections.

To address these shortcomings, in a referendum in May 2009, a series of constitutional supplements were adopted to re-strengthen the central government. The Presidents of the islands were degraded to governors, the ministers were called commissioners and the local parliaments were renamed the council. The term of office of the President of the Union was extended from four to five years.

Through the constitutional amendments 2018, the president has the right to abolish the vice presidential posts and the constitutional court. The latter will be replaced by a constitutional chamber which will sort under the Supreme Court. All members of the Chamber shall be appointed by the President. It was also stated that Sunni Islam should be a state religion. Up to now, the state has been secular.

The Comoros have been characterized by political unrest since independence in 1975; five coups and more than 15 coup attempts have been conducted since then. Although multi-party systems prevail, the first peaceful shift occurred in the 2006 presidential post (see Modern History).

Political groupings are formed and dissolved at a rapid pace and rarely deserve to be called political parties. They represent the interests of an island or influential individuals rather than ideologies. The only ideological dividing line is between those who want strong central government and those who want great self-determination for the individual islands – or at least for their own island.

Since the parliamentary elections were boycotted by the opposition in early 2020, the Union Parliament is dominated by President Azali Assoumani’s Collection for the Comoros Reconstruction (Convention pour le Renouveau des Comores, CRC), which won 22 of the 24 electoral seats. Assoumani strengthened its position with the constitutional amendment 2018, and since then it has become harder for the opposition to act (see Current policy).

Previously, the Union for the Development of the Comoros (Union pour le Développement des Comores (UPDC)) gathering supporters of Ikililou Dhoinine (the country’s president 2011–2016) was the largest party in the House.

The legal system is based on Islamic law and the remnants of old colonial French laws. Minor disputes are often resolved by local village elders, who in fact have a great influence on everyday life in the villages.

The courts must be independent of the state power, but pressure from the political point of view is stated. However, the deficiencies in the judicial system appear to be mainly due to insufficient resources and knowledge. The Supreme Court is the highest judicial body and since 2004, the Comoros has a constitutional court to ensure that the country’s laws do not conflict with the constitution.

Respect for human rights seems to have generally improved since the beginning of the 2000s. Shortcomings that remain are poor conditions in prisons, discrimination against women and child labor. The death penalty can be punishable by some serious crimes. 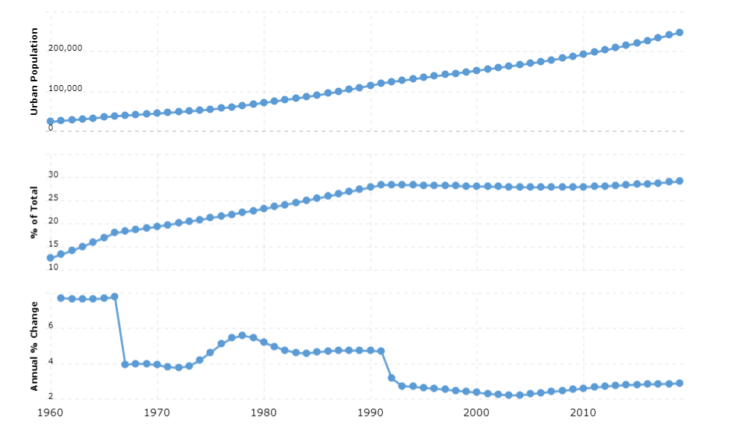