Short for DJ by Abbreviationfinder, Djibouti is a republic with presidential rule following the French model. Following a referendum, a new constitution came into force in 1992, which meant that the former one-party system was formally abolished. Despite this, politics is largely dominated by the ruling party coalition Union for the Majority (UMP).

The president is the country’s head of state and government and is elected in direct, general elections for a term of five years. Since a constitutional amendment was made in 2010, there are no restrictions on how many times the president can be re-elected. The president has the executive power and appoints a prime minister to lead government work. After discussions with the Prime Minister, the President appoints other Ministers. The government is responsible to the president, who is also the commander-in-chief of the country’s armed forces.

The Legislative Parliament, the National Assembly, has 65 members elected in general elections for a five-year term. Since 2012, 52 members have been elected through elections in one-man constituencies and 13 members in proportional elections. Before that, all places were added by choice in one-man election circles. 16 of the mandates (25 percent) are reserved for women. All members must have reached the age of 23 and speak fluent French or Arabic. Judges, military and police are not allowed to run in general elections. The voting age is 18 years.

Djibouti is divided into five regions – Ali Sabih, Dikhil, Obock, Tadjoura and Arta – as well as the administrative unit Djibouti (the capital), which in turn is divided into three municipalities. General elections to regional and municipal assemblies are held every five years.

Formally, multi-party systems are applied, but the policy is dominated by the ruling party RPP (see below). Opposition parties have had a hard time gaining influence since independence in 1977. This is partly because the electoral system with one-man constituencies favors the largest party, partly because the influential security service harasses the opposition and because the government gets almost all the space in the state-controlled media.

In addition, personal relationships and, not least, customer affiliation, in fact, play a greater role than political parties. The rivalry that exists between the two large peoples Issa and Afar (see Population and Languages) has often led to political unrest.

Since 1999, Djibouti has been governed by President Ismaïl Omar Guelleh, who belongs to the Issa people. His party Popular Collection for Progress (Rassemblement populaire pour le progrès, RPP) is issa-based, although it says it strives to also represent the Afars. RPP was formed in 1979 and was the only allowed party between 1982 and 1992.

The Front for the Restoration of Unity and Democracy (Front pour la restoration de l’unité et de la demokratie, Frud) was founded in 1991 by Afar politicians in exile and in the same year initiated a revolt that developed into civil war (see Modern history). A faction of Frud signed a peace agreement with the government in 1994 and was recognized in 1996 as a political party. In 1997, representatives of Frud were incorporated into the government. A radical phalanx broke out of Frud and continued the fighting, but in 2001 also this peace with the government. Fraud is now part of Guelleh’s coalition UMP.

The oldest opposition party, the Movement for a Democratic Rebirth and Development (Mouvement pour le renoveau démocratique et le développement, MRD), was formed in 1992 and was named until 2003 the Democratic Rebirth Party (PRD). Another major opposition party is the Republican Alliance for Democracy (Alliance Republican La Democracy, ARD). It was formed in 2001 by Frudge leavers who were disappointed with the cooperation with the government.

In 2013, the leading opposition parties founded the Alliance National Rescue Union (Union pour le salut national, USN), which in the election that year received 21 seats in the National Assembly. The alliance included ARD, MRD, PDD and UDJ (see below).

Prior to the 2018 election, USN had split. Only two of the alliance parties lined up with candidates. The Union for Democracy and Justice, (Union pour la democratie et la justice, UDJ) formed an electoral alliance with the Djibouti Party for Development (the Djibouti pour le développement, PDD) which won 7 seats.

The election was boycotted entirely by the MRD and by the majority within the ARD (a fraction of the ARD lined up with candidates in one place but received no mandate). The relatively newly formed Party for Action, Democracy and Ecological Development (Rassemblement pour l’action, la democratie et le développement ecologique, Radde), which in early 2017 won a couple of seats in the capital’s local elections was not allowed to stand. A mandate went to the United Center Democrats (Center des democrates unifiés, CDU).

There are opposition groups in exile, especially in France and Belgium, which in some cases have succeeded in getting the EU and France to press for the government to implement political reforms. 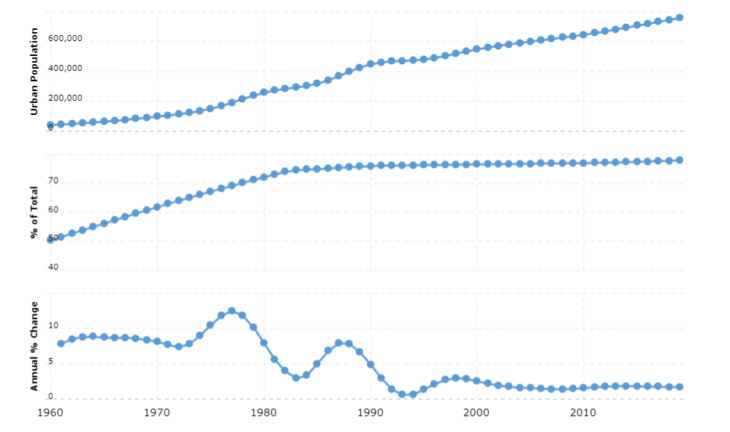 The government is launching a campaign to gather and expel so-called illegal immigrants, a group that constitutes around one-sixth of the population at that time.

The government alliance wins the election

The government-loyal Alliance Union for Presidential Majority (UMP), with the Government Party Popular Collection for Progress (RPP) at the forefront, wins the country’s first parliamentary election since full multi-party democracy was introduced. The UMP wins all 65 seats in the Legislative National Assembly. The electoral system means that the main opposition alliance, the Union for a Democratic Alternative (UAD), will be completely without seats in the National Assembly, despite receiving 37 percent of the vote. The UAD accuses the UMP of electoral fraud but the Election Commission approves the election result.