Short for EG by Abbreviationfinder, Egypt is a republic with strong presidential power. The revolution in 2011 meant a change in the political system, but after the military takeover in 2013, the old system has largely been reintroduced. The old elite controls and strengthens their control.

When the long-standing dictator Hosni Mubarak was overthrown by a public uprising in February 2011, a revolving period began. Free parliamentary and presidential elections were held for the first time and brought the previously banned Islamist movement to the Muslim Brotherhood. At the end of 2012, a new basis was adopted. In the summer of 2013, the military took power in a coup, following new major popular protests, and the Brotherhood was banned again. In early 2014, Egypt was given yet another constitution and the same year, former army chief Abd al-Fattah al-Sisi was elected president (see Modern History). Sisi was re-elected in March 2018, in an election where no real opposition was allowed. Since then, Sisi has acted to enforce constitutional changes that further strengthen his power. In 2019, the constitution was changed again, in accordance with the wishes of the president. In 2020, when the corona pandemic reached Egypt, legislative changes were implemented that further extended power (see Calendar.)

The constitution adopted in 2014 through a referendum guaranteed freedom of speech and gender equality. Freedom of religion was prescribed, with Islam as a state religion. But the military was given stronger powers and a special rule gave the army the right to appoint the Minister of Defense for the first eight years after the Constitution came into force. In 2019, that right was permanent: Article 234 secures the right of defense management to approve who is appointed Minister of Defense. Article 200 also extends the military’s social responsibility, in a pervasive way. The armed forces must now not only protect the country and its security, but also act as guarantor of the constitution – and of the individual’s freedoms and rights.

The president is the head of state and head of government. The constitutional amendments in 2019 extend the president’s term of office from four to six years. A provision in Article 241, which was adopted in 2019, means that it already applies to Sisi’s current term of office, which is thus six years. In 2024 he can be re-elected for a new term. In this way, Sisi can remain as president until 2030. The president is now also entitled to appoint one or more vice presidents, a post that was abolished when the constitution was amended in 2012.

Following the 2014 foundations, Parliament has consisted of a chamber, the House of Representatives. The former upper house was abolished. As a result of the constitutional amendments in 2019, a second chamber, a Senate, is set up again. One third of the Senate’s 180 members must be directly elected by the president, the rest by election. The number of members in the first chamber, the House of Representatives, is set at 450 and at least a quarter shall be women. (In the 2015 election, 596 seats were added, of which 448 were weighted for elected individual candidates and 120 for party list candidates. In both cases, both independent candidates and party representatives could run for office. In addition, 28 members of the single-chamber parliament were appointed directly by the president.)

According to critics, the election system means a return to what prevailed under Hosni Mubarak. The party system has again had to resign: under Mubarak, well-off or well-known individuals posed as “independent” but were usually associated with the NDP power party. Similarly, many of those elected as independent 2015 were loyal to President Sisi.

Several of the 2019 constitutional amendments strengthen the president’s influence over the judiciary. This includes the appointment of heads of important courts and the State Prosecutor’s Office.

Egypt is divided into 27 governments, or provinces, governed by governors appointed by the president.

Under the Constitution, parties may not be formed on the basis of religion, race, gender or geography.

Prior to the upheaval in 2011, politics was completely dominated by the old regime’s power party, the National Democratic Party (Hizb al-Watani al-Dimuqratiya, English abbreviation NDP). The NDP was ultimately controlled by President Mubarak and gradually his son Gamal. The party had power in both Parliament and local parishes and its hand rested heavily on the media, trade unions and the large public sector. Opposition parties had to get permission from the regime to operate, and were in practice barred from power. The NDP disbanded after the fall of Mubarak in February 2011.

In 2015, the Alliance formed for the sake of Egypt (Fi Hubb Misr, “In Love of Egypt”) consisting of about ten parties. They joined since President Sisi called for a united front in the upcoming parliament. Among the members are former ministers and other representatives of the old power party NDP. After the election in late 2015, the alliance had more than 250 members in the House of Representatives: all 120 who were weighted for party lists, around 60 individually elected and over 70 who formally stood as independent but are allied with the alliance.

The alliance includes the Free Egyptian Party (al-Masriyin al-Ahrar) which was formed in 2011 and is liberal and secular. It was part of the 2011-2012 election in the Egyptian bloc. Free Egypt became the largest single party in the 2015 elections.

The nation’s future (Hizb Mustaqbal Watan), which is another party in the alliance, was founded by a 24-year-old in 2014 and is considered to be close to Sisi.

An older party that joined the alliance is Nya al-Wafd (the New Delegation Party, really Hizb al-Wafd-al-Jadid), the heir to the nationalist party that existed in the early 1900s (see Older History). al-Wafd, who is considered a liberal, was included in the 2011 election in an alliance led by the Muslim Brotherhood’s party FJP, but then broke away.

Among smaller parties that have supported Sisi without being part of the government alliance are the ultra-conservative Islamist party al-Nur (the Light). Al-Nur unexpectedly received strong support in the 2011-2012 election. The literal Salafists in al-Nur advocate a society based on a stricter interpretation of Islam than the more moderate Islamist FJP. Attempts have been made to ban the party, but unlike FJP it has remained permissible. When the army broke the Muslim Brotherhood’s exercise of power in 2013, al-Nur supported the coup.

The Freedom and Justice Party (Hizb al-Hurriya wa al-‘Adala, FJP with English abbreviation) was the party formed from the Muslim Brotherhood (al-Ikhwan al-Muslimun) (see Religion), which has long been the most important opposition movement. The fraternity was banned in 1954 but was able to conduct some political activity. In previous elections, the group’s representatives stood as independent candidates or under the cover of another party. After the 2011 revolution, the ban on the Brotherhood was lifted and the FJP was formed as its political branch. The party won the parliamentary elections and its candidate Muhammad Mursi became president. The Brotherhood has long advocated a state based on Islam, but FJP assured that it wants to create a modern democracy with market economy and respect for the rights of the individual. But after a year in power, Mursi was deposed in a military coup in 2013. Subsequently, the Muslim Brotherhood was banned again and the group was labeled a terrorist organization.

Among more informal groups that played a crucial role in the 2011 revolution were the April 6 movement and ” We are all Khaled Said “, both of which started as Facebook groups. The April 6 movement came to support textile workers who would strike in 2008. The group soon had tens of thousands of predominantly young and well-educated members. “We Are All Khaled Said” was started after 28-year-old Khaled Said was brutally beaten to death by police in June 2010. Also, the group gathered countless young Egyptians who were not politically active but who now protested against the oppression. Members of the groups have been subjected to persecution under Sisi’s regime. In 2014, the April 6 motion was banned by the court.

Nobel laureate Mohamed ElBaradei founded the Constitutional Party (Hizb al-Dustur) in 2012, through which he and his followers have tried to guard the gains that were made after all, with the revolt against Mubarak. The circuit has later emerged as an opponent of Sisi’s dictatorial way of ruling the country. 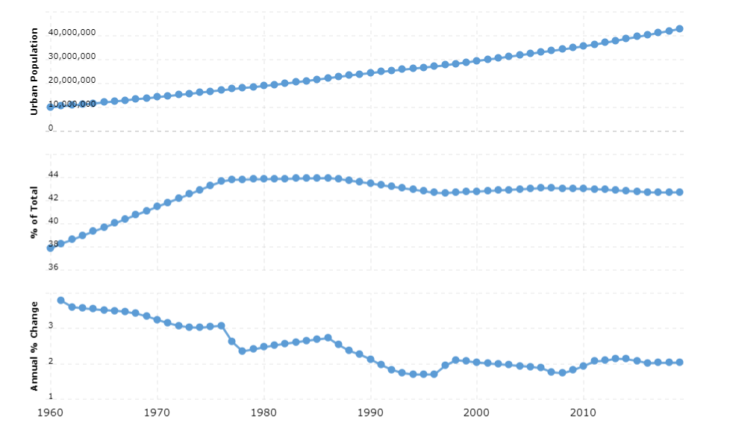