Short for ET by Abbreviationfinder, Ethiopia is a federal republic made up of nine ethnically defined states and the two metropolitan areas of Addis Ababa and Dire Dawa. On paper, the states have great self-determination, but in reality the groupings within the old EPRDF alliance have a strong grip on power.

The federal constitution, which was adopted in 1994 and entered into force in 1995, transformed Ethiopia from a centrally-governed state into “a multicultural federation based on ethnic-national representation”. According to the constitution, the states have the right to break away from the federation, but the central government has the right to intervene in the states’ affairs on security issues. Until the change of government in the spring of 2018, the central government was accused of counteracting groups that strive for exit, even by force.

Outbreak movements occur mainly in the state of Oromia, which surrounds the capital Addis Ababa, and in Ogaden, which is part of the state of Somali. In a referendum in November 2019, the majority of people in southern Ethiopia voted side by side to form their own state. The reform-oriented Abiy government, which took office in the spring of 2018, agreed to accept the decision, but the outbreak from the state of southern Ethiopia is expected to take a long time.

The Republic has a president with essentially representative duties. The President is elected by Parliament for a term of six years. Re-election is allowed once.

The Prime Minister has the main power and leads the work of the government, which includes representatives of all the larger groups of people. However, important decisions on, for example, security policy are taken in practice by the former EPRDF management (see below). The security service and the armed forces are controlled by senior officials in the alliance.

Parliament consists of two chambers. The People’s Representatives Council has up to 550 members who are elected in general majority elections every five years. They choose the prime minister and make laws. The Federation Council’s 108 members are appointed by the states, also for five years, according to specific principles of ethnicity. The task of the Federation Council is to distribute federal funds to the regions and mediate in disputes between them. The voting age is 18 years.

From the fall of the military regime in 1991 until the fall of 2019, the dominant political force was the Ethiopian People’s Revolutionary Democratic Front (EPRDF). The EPRDF was formed by a number of resistance groups in the 1980s and has a Marxist-Leninist past. Nowadays, it advocates market economy.

In November 2019, three of the main groups – the Amharic group, the Oromos and the so-called South Ethiopian people – merged into a single political party, called the Ethiopian Prosperity Party (EPP). TPLF chose to stand outside.

The government parties are supported in the federal party by a number of regional parties representing the special interests of different states.

The opposition is divided into a large number of parties, most of which are also ethnically and regionally based. Among the more important opposition parties is the Alliance Forum for Federal Democratic Unity (or Medrek, Amharic for Forum), which was formed prior to the 2010 election. The leading party in Medrek is the Unity for Democracy and Justice (UDJ). The UDJ is an important heir to the Coalition for Unity and Democracy (CUD), which did well in the 2005 election but then fell apart.

Another opposition party is the Blue Party (Semayawi Party), which was formed in 2012.

The Oromo Liberation Front (OLF) fought for the liberation of the Oromo people, from what is known as “Abyssinian colonial rule” (that is, the dominance of Amharas and Tigers). In August 2018, OLF signed a peace agreement with the government, promising to wage a “peaceful fight” for the unions. OLF was for a long time banned and labeled as a terrorist group, but in July 2018, the government lifted the stamp of terror. The state of Oromia is centrally located in the country and surrounds Addis Ababa.

The Ogaden National Liberation Front (ONLF) was formed in 1984 to fight for the independence of the Somali people in Ogaden, which is part of the Somali state in the south-east. The ONFL was considered a terrorist group until July 2018 when the group was removed from Ethiopia’s list of terrorist groups. In October of the same year, a formal peace agreement was signed between the government and ONLF, which promised to move to peaceful methods.

Among the Afars in northeastern Ethiopia there are also groups that demand independence.

The opposition movement Ginbot 7 (meaning “May 15”; the date in the Ethiopian calendar when the criticized election was held in 2005) was formed in 2008 with the goal of working for “a political system where government power is achieved through a peaceful and democratic process based on the free will of citizens”. In 2011, Ginbot 7 was labeled a terrorist organization by Ethiopia. The group then worked from abroad. In 2015, the group was renamed Patriotic Ginbot 7 for unity and democracy (Patriotic Ginbot 7 Movement for Unity and Democracy) as it merged with the exile group of the Ethiopian People’s Patriotic Front (EPPF), whose goal is to overthrow the EPRDF government. In mid-2018, the terrorist stamp was lifted and imprisoned Ginbot 7 leaders pardoned by Prime Minister Abiy. 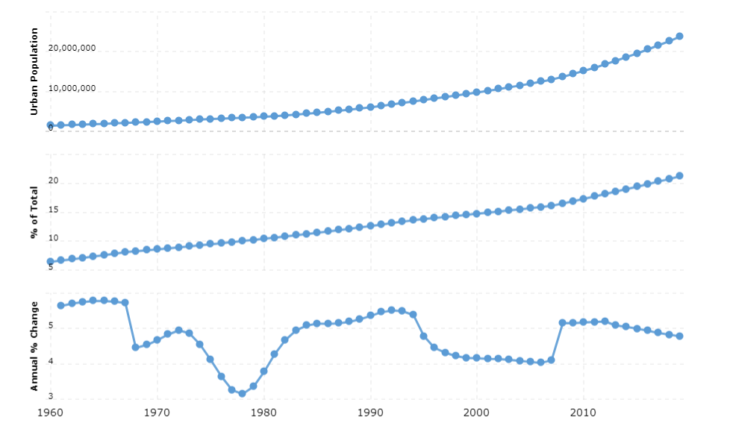 Ethiopia, which already has troops in Somalia, is invading the neighboring country on a large scale, in support of the so-called transitional government in fighting against Islamists.

“Nothing overwhelmed during the election”

An official investigation states that almost 200 people died in connection with the violence during the 2005 election. The security forces are not considered to have used violence.

Ethiopia, which has denied reports that the country has soldiers in Somalia, says it “technically” is at war with Islamists in neighboring countries, as they have declared holy war on Ethiopia.

Explosion in the capital