During our trip “Machu Picchu and Lake Titicaca” you will experience some of Peru’s absolute highlights. The round trip begins and ends in the capital Lima, where we visit the historic city center, which is on the UNESCO World Heritage List. We then head to the ancient capital of the Inca, Cusco, in the scenic Andes. Then we visit the Urubamba Valley – the sacred valley of the Incas where a large part of Peru’s main sights from the Inca period are located. 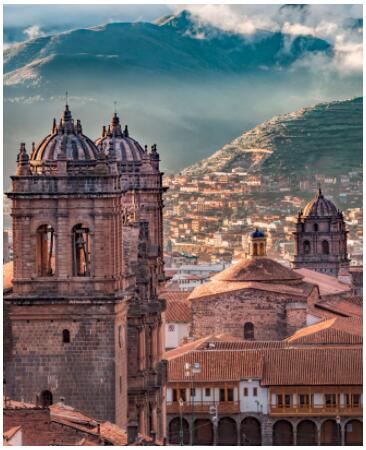 Day 1: Travel to Peru (Lima)
Flight to Lima. After arrival in Lima transfer to the hotel for check-in. Overnight in Lima. Meals are included on board the long-haul flight.

Day 2: Lima
After breakfast, a city tour of the capital of Peru awaits, during which we get to experience both the old city center with its colonial architecture and the more modern neighborhoods of the city. Before lunch we visit the San Francisco Monastery with its spectacular catacombs where skulls and bones are neatly arranged in geometric patterns. In the afternoon, we visit, among other things, the National Museum of Archeology, Anthropology and History, which is considered one of the foremost of its kind with its world-class exhibitions. Overnight in Lima.

Day 3: Lima – Cuzco
After breakfast we fly to the old Inca capital Cuzco which was also the religious center of the kingdom. We go on a city tour during which we among other things, will see the city’s 1600-century cathedral , and what remains of the Sun Temples . The Temple of the Sun was built in the 15th century and was the holiest and most magnificent temple in the Inca Empire before being demolished by invading conquistadors. Just outside Cuzco, we also visit the ruins of the Sacsayhuaman Fortress , built in the 15th century as a defense against the warlike tribes that threatened the Inca Empire. Overnight in Cuzco.

Day 4: Cuzco – Urubamba Valley (Sacred Valley of the Inca)
We leave Cuzco behind and travel along the Vilcanota River through the southern Peruvian countryside. During the day we visit the archeological site in Ollantaytambo in the sacred valley of the Inca Empire where we get a good picture of what a cast in looked like thanks to Ollantaytambo’s well-preserved architecture and rich ancient remains. The still inhabited Ollantaytambo is a fine example of the Inca people’s ingenious urban planning with its canals and irrigation systems. Among other things, we see the old fortification, which is one of the city’s main attractions. Overnight in Urubamba Valley.

Day 5: Urubamba Valley – Machu Picchu – Cuzco
After breakfast we take a train to Machu Picchu Pueblo (Aguas Calientes) from where we take a bus to the entrance to the ruined city of Machu Picchu,located on a ridge high up in the Andes. After the abandonment of Machu Picchu, the area was covered with dense vegetation and when the amazing ruined city was rediscovered in the early 20th century, it became a world sensation. Machu Picchu is a UNESCO World Heritage Site and is considered one of the “Seven New Wonders of the World”. Overnight in Cuzco.

Day 6: Cuzco – Puno / Lake Titicaca
After breakfast we take an express bus through the Peruvian landscape towards Puno by Lake Titicaca . Overnight in Puno.

Day 7: Puno / Lake Titicaca
We start the day with a boat trip to the island of Taquile in Lake Titicaca . The island is famous for its traditionally hand-woven textiles of very high quality. During the boat trip we also pay a visit to the Uro Indians who live on “floating islands ” made of reeds. Overnight in Puno.

Day 8: Puno / Lake Titicaca – Lima
Transfer to the airport in the morning or afternoon and flight back to Lima . During the evening we gather before the farewell dinner. Overnight in Lima.

Day 9: Return from Lima
The day is open for your own excursions in Lima. Feel free to ask the tour guide or local guide about interesting places to visit. Transfer to the airport during the evening before returning home to the boarding place. The meal is included on board the long flight. 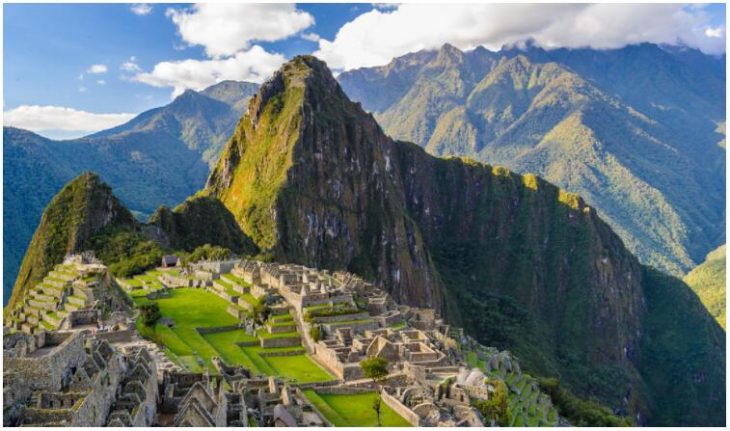