According to the constitution, Madagascar is a parliamentary democracy with multi-party systems. The political parties are rarely ideologically controlled, but are built around their leaders. President Andry Rajoelina is backed by a ten-party alliance named We All with President Rajoelina.

The constitution was adopted in 1992, but after each shift of power, the incumbent president has made changes to the constitution to promote his own political goals – and each time the power of the presidential office has been strengthened. The latest version of the Constitution is from 2010; then the lowest age for a president was lowered from 40 to 35 years. Another change was that a presidential candidate must have lived in the country continuously for at least six months before the election. Both changes were made to suit the country’s leading politician Andry Rajoelina (see Modern History).

Short for MA by Abbreviationfinder, Madagascar is a republic, where the president is head of state and commander-in-chief and appoints the prime minister (head of government). On the latter’s proposal, the president also appoints other members of government. The President has the right to dismiss the Prime Minister. The president is elected every five years and the president can sit for a maximum of two terms. If no candidate receives at least 50 percent of the vote, a second round of elections shall be held between the two candidates who received the most votes.

Administratively, Madagascar has been divided into six provinces and 22 regions (faritra) since 2010. According to the constitution, the provinces must have “administrative and financial self-determination”.

Madagascar politics is characterized by party fragmentation, confrontation, ever-changing alliances and strong personal contradictions. There are dozens of registered political parties, although only about 10 of them have managed to get into Parliament. The parties are often anchored in a people group, a country party or around a person. Ideologies rarely play a big role.

The last election to the National Assembly was held in May 2019. At that time, seven parties got a seat in the House. When the Senate elections were last held, in December 2015, five parties entered the upper house. The most important of the parties / alliances in both chambers are described below.

In office we all sit with President Rajoelina (Isika Rehetra Miaraka amin’i Andry Rajoelina, IRD). It is an alliance of ten parties that all support Rajoelina, former coup maker (2009) and now president since 2018. The IRD dominates the National Assembly greatly.

In the Senate are a couple of representatives of another party alliance in support of Rajoelina, called By President Andry Rajoelina (Miaraka amin’i Prezida Andry Rajoelina, Mapar). Mapar won in the 2013 parliamentary elections.

The Senate is largely dominated by New Powers for Madagascar (Hery Vaovao ho an’i Madagasikara, HVM), a support party to Hery Rajaonarimampianina, who was president between 2014 and 2018, that is, even when the Senate elections were held.

Other parties in the National Assembly and Senate have only one mandate each. 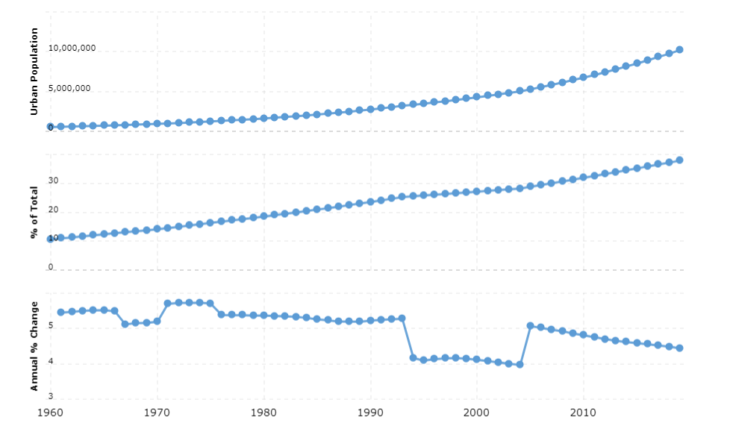 A new unity government joins with the participation of Ravalomanana’s and Zafy’s parties.

Ravalomanana’s and Zafy’s political groups also approve the “roadmap” for democracy, which will now pave the way for elections within a year.

Rajoelina forms a new transitional government with small parties. The parties of the three presidents distance themselves from Rajoelina’s “roadmap” for democracy.

Ravalomanana is refused a return trip

Ravalomanana tries to return to Madagascar from the national flight in South Africa but is refused to board the plane to his home country. Behind the decision lies the Rajoelina regime.