Short for ML by Abbreviationfinder, Mali’s 1992 constitution states that the country should be a secular republic with multi-party systems. There are many political parties, but ideology plays a minor role. The parties usually gather around a leader figure.

The executive, the judiciary and the legislative power must be different. The country’s president holds the executive power and has great powers. The president is the head of state and commander-in-chief and appoints a prime minister who in turn appoints the government’s other ministers.

The president is elected for a term of five years in general and direct elections. If no candidate receives at least half of the votes in the first round, a second round is held between the two candidates who received the most votes. The president can be re-elected.

The Legislative Parliament, the National Assembly, has a chamber of 160 members. Of these, 147 are elected by majority in single-person constituencies while 13 are elected separately by Malaysians residing abroad. The term of office of the members is five years.

Administratively, Mali is divided into ten regions and the metropolitan area of ​​Bamako. The regions are governed by each governor while Bamako is governed by a district assembly.

Since the introduction of multi-party systems in 1992, many political parties have been formed. Before elections, broad partial alliances are often formed to create a majority in the National Assembly.

In the 2013 and 2020 parliamentary elections, the Assembly for Mali (Rassemblement pour le Mali, RPM) became the largest party. RPM was formed in 2001 through an outbreak from Adéma (see below). Leading figure for RPM is Ibrahim Boubacar Keïta, president since 2013 and former prime minister and leader of Adéma. RPM has been a leading government party since 2013.

Until 2013, the Alliance for Democracy in the Mali-African Party for Solidarity and Justice (Alliance for Democracy in Mali – African Party for Solidarity and Justice, Adéma-PASJ or just Adéma) was the largest party in the Mali National Assembly. Adéma was formed in 1990 through a merger of several parties who were in opposition to the then dictator Moussa Traoré. Adéma is usually described as a social democratic and acting support party to the RPM in the National Assembly during the term of 2013-2020.

The major parties include the Union for the Republic and democracy (Union pour la republic et la democratie (URD)), which was founded in 2002 by mainly defunct members of Adéma. The URD is led by Soumaïla Cissé, who was Keïta’s foremost challenger in the 2013 and 20018 presidential elections. Since 2013, Cissé has been given the role of main opposition leader.

Alternative forces for renewal and emergence (Forces alternatives pour le renouveau, Fare) were formed in 2013 and managed to become the fourth largest party in the election that year. However, Fare backed down in the 2020 election. 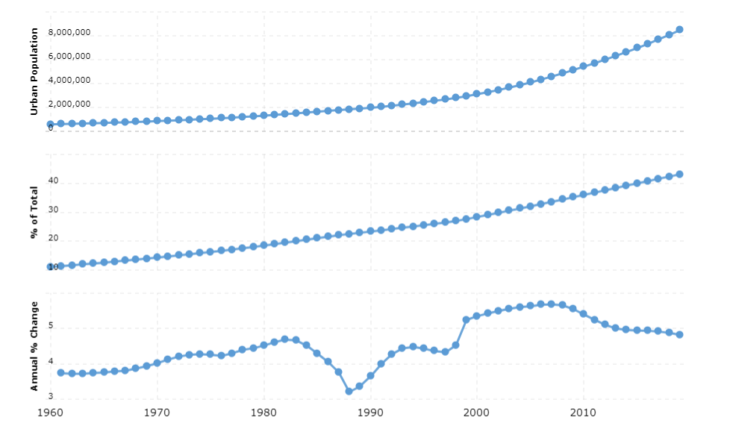 The two-term parliamentary elections, in November and December, result in a stable majority for parties supporting President Keïta. They get 115 of the 147 seats. The largest individual party, the president’s own RPM, receives 66 seats. The presidential candidate Cissé loses a formal role as opposition leader since his party’s URD was given 17 seats. The election is being overshadowed by the halted peace talks and murders of two Senegalese UN soldiers the day before the second round. The turnout in the second round is set at 37 percent. The elections are conducted in relatively orderly forms and live up to international standards according to EU observers.

Struggles erupt at the Kidal Airport as Tuareg protesters try to prevent the Prime Minister from visiting the city. According to the MNLA, army soldiers kill a demonstrator and injure five. The next day, the MNLA declares the ceasefire broken.

The coupler is seized

The leader of the former military junta Sanogo is arrested. He has repeatedly canceled orders to be heard on shootings in connection with soldier protests in September.

The army chief among several kicked

In addition to the army chief, who was appointed by the former transitional government and considered to be close by the coup leader Sanogo, the president also dismisses the national police chief and the head of the military academy. Earlier, Keïta dismissed the head of the State Security Service and dissolved a military reform commission led by Sanogo.

The groups are gathered to participate in peace talks with the government on the basis of a common platform. The new movement, which does not yet have a name, includes MNLA, HCUA and the newly formed Azawad Arab Movement (MAA).

Two French journalists who had been abducted in the city of Kidal are killed by rebels who are believed to have belonged to Aqim. The French government suggests that the French soldiers in Mali should play a more prominent role as a result of the murders.

French soldiers in cooperation with UN forces and units from Malian allies go to coordinated offensive against militia to prevent them from retaking the initiative. A total of 1,500 soldiers are reported to be participating in the offensive, named Operation Hydra.

Two UN Chad soldiers are killed and six soldiers injured by a suicide bomber on the outskirts of the city of Tessalit. A child is also killed in the attack.

Two civilians are killed and six soldiers injured in the attack in Timbuktu, which is carried out by four men in a car loaded with explosives. In Kidal, fighting between MNLA and army soldiers erupts.

The Tuareg groups MNLA and HCUA threaten to withdraw from the agreement with the Government on a ceasefire from June. They point out that the government has not kept its part of the agreement. Thus, it is uncertain whether the negotiations for a long-term peace agreement planned for November can come to an end.

However, the United States announces that it is awaiting yet another time before further military assistance may be required.

Keïta takes over as president

Ibrahim Keïta assumes the post of president and appoints economist Oumar Tatam Ly as prime minister. He comes from a high position at the West African central bank BCEAO in Dakar. Later, a former rebel leader, Zahibi Ould Sidi Mohamed, is appointed Foreign Minister. He belongs to the country’s Arab minority and has previously been leader of a rebel movement in the north.

Among the final decisions made by the outgoing interim government is to promote Captain Amadou Senogo, who led the coup in March 2012, to the four-star general. Human rights organizations call the decision shameful and believe that he should instead be held accountable for torture and illegal abductions.

Despite the troubled situation with threats of violence from Islamists, and doubts about fair conditions, the presidential election is being carried out as planned. In the first round of elections held at the end of July, former Prime Minister Ibrahim Boubacar Keïta received 39 percent and former Finance Minister Soumaïla Cissé 19 percent. Keïta came in second place in the previous elections (see April 2007). In the second round, Keïta wins by almost 78 percent of the vote against 22 for Cissé, who concedes defeat. The turnout is 46 percent, compared to 49 percent in the first half.

The African intervention force is being transformed into a regular UN force, with the Dutch former Minister for Development Cooperation Bert Koenders as head.

The government and the Tuareg guerrilla MNLA conclude an agreement that allows the Malian army to enter Kidal, controlled by the MNLA, to ensure that the elections can be conducted there. After the election, negotiations on a long-term peace agreement will start. A smaller Tuareg organization, the High Council for the Unity of Azawad (HCUA), is also signing the agreement.

At the donor conference in Brussels, Mali is promised over US $ 4.2 billion for post-war reconstruction work. This is significantly more than Mali had asked for in 2013–2014, but it is common for these types of promises to be significantly more generous than actual payments.

The UN decides on peacekeeping

The Security Council approves the creation of the UN Multidimensional Integrated Stabilization Force in Mali (Minusma), which shall consist of a maximum of 11,200 soldiers and 1,440 policemen. The body will be made up of the African force of approximately 6,300 men already in Mali.

Nearly half a million have fled their homes

The UNHCR says it has received just under a third of what the organization needs to keep the refugees from northern Mali with food, shelter, health care, sanitation and schools. Of the 457,000 who have moved home, over 175,000 are in Mauritania, Burkina Faso and Niger.

The United States refers to the organization’s continued connection to al-Qaeda. The decision means that any assets Ansar al-Din has in the US are frozen and that financial contacts with the Islamist movement are prohibited.

The private media faces a publishing stop in protest of an editor being arrested for publishing a protest letter from soldiers taking part in the fighting in the north. In the open letter to the president, the soldiers write that they lack equipment and adequate food rations, while the higher commanders live in safety in the capital.

Elections are announced for the summer

Despite continued unrest in the north, the government believes that the situation in the country has stabilized so much that the presidential and parliamentary elections that would have been carried out in 2012 can now be arranged.

Army soldiers and paratroopers end up in battle in the capital, following an alleged revolt among the latter. The paratroopers were used as bodyguards by deposed President Amadou Toumani Touré and are considered to have passed away after the 2012 coup.

Cities are withdrawn from the rebels

At the end of the month, French-led forces regain control of Gao, Timbuktu and Kidal – the three major cities in the north that have been in control of the rebels. France now claims to have 2,500 people in place in Mali.

President François Hollande confirms French soldiers are already taking part in the fighting on the Malian army side and will stay “as long as needed”. The UN Security Council subsequently sanctioned French intervention later in the month.

Rebels should have taken on yet another strategic city in former government-controlled territory and the UN Security Council calls for “urgent” international military intervention.