Short for MR by Abbreviationfinder, Mauritania is a republic whose constitution is based on the French constitution with so-called semi-presidential rule. This means that the president has great powers but shares government power with the prime minister. For most of the time after independence in 1960, the country was ruled by military regimes. The 1991 Constitution provides for multi-party systems, but the democratic deficiencies are large.

Mohammed Ould Abdelaziz ruled Mauritania between 2008 and 2019. He came to power through a military coup, which was condemned abroad but accepted by a majority of MPs and mayors in the country. Abdelaziz won big in the 2009 and 2014 presidential elections, while his party mate Mohamed Ould Ghazouani became president in the 2019 elections.

The legislative Parliament consists of two chambers. The National Assembly has 157 members since the 2018 election (against 146 before). They are elected in general elections for a term of five years, in a mixture of majority and proportional elections. Of the 56 members of the Senate, 53 are appointed by local leaders and three by Mauritania overseas. The senators are elected for six years and a third of the senate is to be replaced every two years, although this has not happened in the 2010s.

Mauritanian politics is dominated by the Beidan group (white Moors, see Population and Languages). The power play within both is characterized more by clan and regional affiliation than by ideological contradictions. The military also has a strong influence.

By far the biggest is the Union Party for the Republic (Union pour la République, UPR), which was formed by Abdelaziz after the coup in 2008. Many MPs left their old parties after the coup and joined the new presidential party. The allocation of seats after the 2006 election thus effectively ceased to apply and many previous parties had played their part. After the 2013 and 2018 elections, UPR, along with a number of allied parties, gained an overwhelming dominance.

In an effort to challenge President Abdelaziz and the UPR, eleven parties in 2009 merged into the Alliance National Forum for Democracy and Unity (Forum National pour la Democracy et l’Unité, FNDU), which is usually described as “the radical opposition”. FNDU also appears under the term Coordination of the Democratic Opposition (Coordination de l’Opposition Démocratique, COD).

The majority of opposition parties boycotted the parliamentary elections in 2013, citing the lack of conditions for free elections. The entire FNDU / COD refrained from participating, with the exception of the Islamist party Tawassoul, with the official name National Assembly for Reform and Development (Rassemblement National pour la Reforme et le Dévelopement, RNRD), which has links to the Muslim Brotherhood. Tawassoul was banned until 2007. In the 2018 election, FNDU re-elected.

Another left is the Union of Forces of Progress (UFP). A third is the People’s Progressive Alliance (Alliance Populaire Progressiste, APP), which is the party of the Black Moors. It has long been led by former Speaker Messaoud Ould Boulkheir, who ran in the 2003, 2007, 2009 and 2019 presidential elections but lost all the time to UPR’s candidates.

The organization Initiative to revive the anti-slavery movement (Initiative pour la Resurgence du Mouvement Abolitioniste, IRA-Mauritaine or just IRA) has been barred from registering as a party. Its leader Birham Ould Dah Ould Abeid came second in the 2014 presidential election but was sentenced to prison the following year (see Current Policy).

In Mauritania there are also groups of radical Islamists. The militant regional al-Qaeda group in the Islamic Maghreb (Aqim) is active in the country. Since 2005, Islamic attacks against military posts, embassies and tourists have become increasingly common. 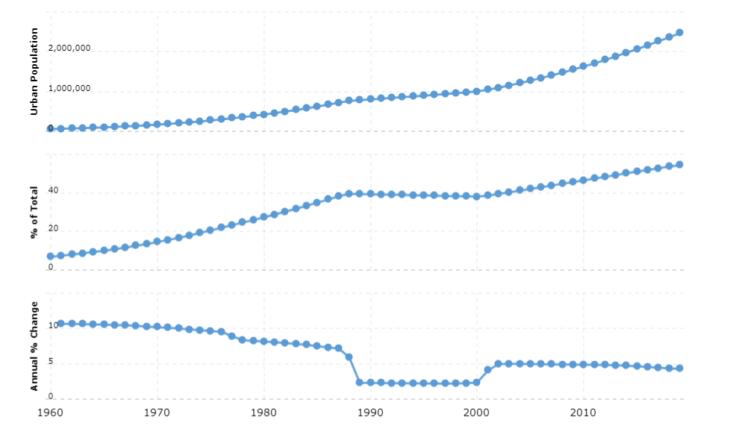