Short for MO by Abbreviationfinder, Morocco is formally a constitutional monarchy, but the elected parliament cannot seriously challenge the king’s influence. The Constitution does not limit the power of the monarch to any great extent.

A new constitution was adopted in July 2011 in response to major demonstrations which then shook Morocco and the Middle East. The new constitution did not mean a decisive change in the democratic direction, but strengthened Parliament’s position somewhat. For example, the king now has to appoint a prime minister from the largest party in parliament, which previously was not the case. The Constitution also emphasizes respect for human rights and states that gender equality should prevail.

The real power remains with the king who still appoints many ministers as well as state secretaries, governors, heads of government and state corporations as well as judges. Having a direct connection to the royal family is almost always a more reliable source of power than a high post in the state – the former also often leads to the latter.

Male succession is applied within the Alaouite lineage that has ruled Morocco since the 17th century. King Mohammed VI took office in 1999. The king is considered to be descended from the Prophet Mohammed and bears the old religious title amir al-mu’minin, “the ruler of the faithful”. The Constitution describes his person as “inviolable” and it is illegal to criticize him or his decision. He is commander-in-chief, heads the National Security Council, assigns military posts and is responsible for approving international treaties and agreements. The king can dismiss ministers he is not happy with after consulting with the prime minister. The king also personally directs the government when it decides on matters of great importance and can also rule through personal decrees, dissolve parliament, issue amnesties and call for emergency permits.

Parliament has two chambers. The House of Representatives has 395 members who are elected proportionally in direct general elections every five years. Sixty places are reserved for women and 30 for men under the age of 40. A party must receive at least 6 percent of the vote in order to be represented in the House. The voting age is 18 years. Following the constitutional changes in 2011, the Advisory Chamber has between 90 and 120 members, elected for six years by representatives of various municipalities, chambers of commerce and trade unions.

Morocco has been divided into twelve regions since 2015. In the same year, elections were held for the first time for elected parliaments at regional level. One region is entirely in Western Sahara and two partly cover the disputed territory (see Western Sahara). The regions are divided into 75 prefectures and provinces, which in turn are divided into districts and municipalities with elected councils.

Since Mohammed VI took office, the elections have become more credible than under the representative Hassan II, when electoral fraud was common, but the royal house can still control the parliament with the help of regime-supported “palace parties”.

Parties based on religion, ethnicity or linguistic and regional roots are prohibited by a law of 2005. Morocco’s probably largest opposition movement, Islamic Justice and mercy (al-Adl wal-Ihsan, sometimes called Justice and Spirituality), is not allowed to stand in elections but tolerated by the government. The movement has gained wide popularity as a social welfare organization. Founder Abdessalam Yassine (see Modern History), seen as the regime’s most feared critic, passed away in 2012.

The Justice and Development Party (PJD) is the most important Islamist party. It is ideologically close to the international movement of the Muslim Brotherhood. The party was formed in 1997, but was kept away from the government for a long time. The party toned down its already fairly cautious opposition rhetoric when Abdelilah Benkirane was elected party leader in 2008. In the 2011 election, PJD won big and Benkirane became prime minister.

For many years – despite the lack of democratic elections – the Socialist Union of the People’s Forces (Union Socialiste des Forces populaires, USFP) and the Independence Party (Istiqlal)) the role of leading opposition parties. The USFP is almost social-democratic and Istiqlal conservative nationalist with roots in the independence movement. Under Mohammed VI, both parties have approached the royal house and led each government together with regime-friendly parties. The same applies to the ex-Communist Party for Progress and Socialism (Party of Progress and Socialism, PPS), which has participated in several governments since 2007.

In addition, there are several so-called “palace parties” or “administrative parties” created with the support of the monarchy to dominate Parliament. They are unbelievably loyal to the royal house and rarely have a clear ideological profile. These parties include the central collection of the Independent National Collection (Rassemblement National des Indépendents, RNI), The Popular Movement (Mouvement Populaire, MP), a liberal / conservative party with roots in the Berber countryside and the Constitutional Union (Union Constitutionelle, UC), which is vague in liberal terms. All these parties were formed during Hassan II, but in 2008 the first “palace party” came under Mohammed VI. Then the Party for Authenticity and Modernity (Parti Authenticité et Modernité, PAM) was created by bringing together several small parties and regime-friendly parliamentarians.

Since 2011, it is forbidden for sitting parliamentarians to change parties, which was previously quite common. 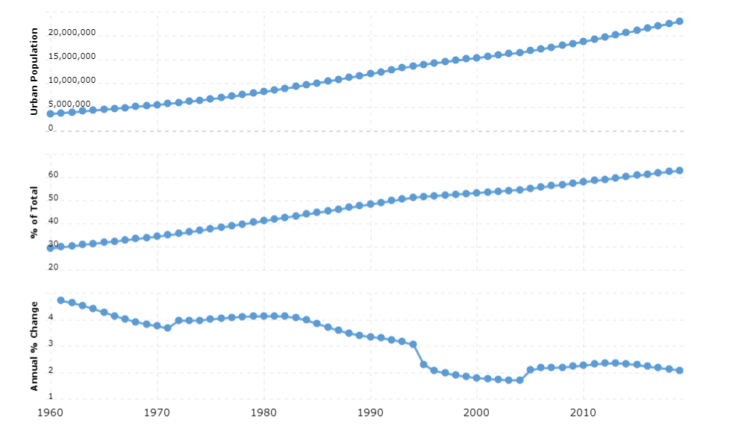 Aminatou Haidar is expelled after specifying Western Sahara as his homeland in a form at the airport. Following pressure from, among other things, the US, she was allowed to return to El Aaiún after a hunger strike at the airport in Lanzarote, where she was deported.

The publisher and a joking cartoonist in the newspaper Akhbar al-Youm are sentenced to three years’ conditional imprisonment and damages of the equivalent of over SEK 2 million, for having shown in a drawing “a lack of respect for a member of the royal family”. Later, an editor and a reporter at al-Massae, the country’s largest daily newspaper, are sentenced to three and two months’ imprisonment for having “published false information”.

The diplomat has handed Moroccan and international press clips to the arrested Brahim Dahane’s organization. Sweden protests against the expulsion.

Brahim Dahane is arrested along with several other Saharans following a solidarity visit to the Western Saharan refugee camps in Algeria. In doing so, he is prevented from traveling to Sweden to receive an award from the Living History Forum.

New President in the upper house

The Royal Party for Authenticity and Modernity (PAM), formed in 2008, receives almost 22 percent of the vote. The Islamic Justice and Development Party (PJD) backs from 13 percent in 2003 to just under 6 percent. The decline is believed to be partly due to changed constituency boundaries.

Relations are broken after an Iranian politician hinted that Bahrain should belong to Iran. The purpose is believed to be partly to gain support from Iran’s rivals Saudi Arabia and the United States. Relations are only restored at the end of 2014.