Short for SG by Abbreviationfinder, the Republic of Senegal has a strong presidential power and a relatively independent judiciary. The country has long been seen as a role model for democracy and stability in Africa. It has been spared from military coups and has many political parties. Ahead of the 2012 presidential election, a crisis of confidence arose, as many considered that incumbent President Abdoulaye Wade’s decision to stand again violates the constitution. However, the situation calmed down when Wade was defeated in the election of his former party mate Macky Sall.

Senegal was one of the first countries on the continent with multi-party systems. Freedom of speech, freedom of association, religious freedom and other important political and civil rights are enshrined in the Constitution adopted in 2001. However, many Senegalese are tired of being compared only to other African countries and place higher demands on their leaders. After Wade’s re-election in 2007, there were unrest that had previously been largely spared. Senegalese demonstrated against economic and social injustices, and against what is perceived as the imperfection of the rulers. When Wade got the sign from the Constitutional Court to contest the 2012 election, the protests culminated.

The president, who has the highest executive power, is elected in general elections. The term of office is five years (2007 to 2019 was the seven years). A candidate must get at least half of the votes, otherwise a second round will be held between the two who received the most votes. The president appoints the prime minister and together they appoint the government. A president may be re-elected. She is also commander in chief.

In 2018, new rules were introduced which means that a candidate must collect around 52,000 signatures in at least seven of the country’s 14 regions in order to stand in the presidential election. It is also required that a candidate be supported by at least 2,000 people in each of the regions. In the spring of 2019, President Sall unexpectedly announced that the Prime Minister’s post should be abolished. The constitutional amendment was approved by the National Assembly in May 2019 (see Calendar), but it was unclear when it would be implemented in practice.

Laws are passed by Parliament, which consists of a chamber, the National Assembly. As of the 2017 elections, Parliament has 165 members, 15 of whom will represent Senegalese living abroad. Of these, 90 are elected by majority and the rest from party lists. The number of members increased from 120 in the 2007 parliamentary elections. Between 1999 and 2001, and again in 2007-2012 there was also an upper house, the Senate.

Senegal is divided into 14 regions. Each region has a governor appointed by the president as well as elected regional and local assemblies. A decentralization process mainly gave local politicians increased power on paper during the 1990s, but due to a lack of financial resources, they find it difficult to implement their programs.

In Senegal there are a number of political parties, most of which are small. Religious or ethnically based parties are prohibited. The ideological differences between the parties are often small. It is common for individual politicians to change parties, as well as parties to form new alliances.

From independence 1960 and 40 years on, politics was completely dominated by the Socialist Party (Parti Socialiste, PS). At the same time, the country was democratized and the presidential election in 2000 showed that power change via the ballot boxes was possible. The incumbent President Abdou Diouf was defeated by Abdoulaye Wade of the Senegal Democratic Party (Parti Démocratique Sénégalais, PDS). Until then, Wade had been second in all presidential elections since 1978.

PDS is referred to as a liberal party and traditionally has its electoral base in cities and among young people. PS is Social Democratic with its main support in the countryside. Both PS and PDS maintain good relations with both the business community and the important religious leaders, but in practice PS seems to have played its part and is no longer represented in Parliament.

Since the 2012 presidential election, the country has been governed by Macky Sall, who was previously PDS politician and prime minister in the Wade government in 2004-2007. Increased contradictions between Wade and Sall led the latter to leave the PDS and form their own party, the Alliance for the Republic-Hope (Alliance pour la Republique-Yaakar, APR-Yakaar). Together with a large number of small parties in the alliance Benno Bokk Yakaar (“United in hope” on wolof), APR-Yakaar won in the 2012 and 2017 parliamentary elections.

Prior to the 2012 presidential election, Wade was challenged by several candidates who previously belonged to his close confidants in the PDS. In addition to Macky Sall, there was former Prime Minister Idrissa Seck, who now led the My Country Party (Rewmi). Seck also participated in the 2019 presidential election.

An important force for the 2012 presidential election was also the June 23 movement (Mouvement du 23 juin, M23), which organized street protests against President Wade’s attempt to be re-elected (see Modern History and Calendar).

Prior to the July 2017 parliamentary elections, several new alliances were formed, including Manko Taxawu Senegaal, (the Senegal’s Renewal Coalition) consisting of at least 40 parties and movements, including Initiative 2017 a dissident movement within the Socialist Party. It was led by Dakar Mayor Khalifa Sall despite being charged with corruption (see Current Policy). Sall and some 60 of his followers were excluded from the Socialist Party at the end of 2017. Former President Wade had planned to cooperate with Khalifa Sall, but the cooperation fell a few months before the election. Instead, Wade led an association of about 20 parties and movements under the name The Winning Coalition (Coalition Gagnante / Wattu Senegal).

In southern Senegal, the Movement for Casamance’s Democratic Forces (Mouvement des Forces Democratiques de la Casamance, MFDC) is engaged in an armed struggle for independence since 1982. Read more about the conflict in Modern history and Current politics.

The judiciary is based on the French judicial system. The courts are relatively competent and formally independent, but they are sometimes criticized for being influenced by political or economic power holders. During Wade’s time as President, prosecution was brought against several people who were influential in PDS but later became President Wade’s opponent. Corruption is widespread.

Human rights are respected quite well, although there are problems such as security services and police threatening and harassing journalists and opposition politicians. The detention times are very long. Torture occurs in prisons, all of which are from the colonial era, and today house more than twice as many prisoners than they were built for. In connection with the conflict in Casamance, both the army and separatists have committed abuses against civilians.

The death penalty was abolished in 2004. No execution had taken place since 1967.

Chad’s former dictator Hissène Habré, who fled to Senegal when he was overthrown in 1990, has caused headaches for the authorities. After years of pressure from the UN, the EU, the African Union (AU) and the regional cooperation organization Ecowas, in July 2015, a trial was opened at a specially established AU court in Dakar v. Habré, who was charged with crimes against humanity during his years in power 1982 -1990. In May 2016, he was sentenced by Chambres africaines extraordinaires to life imprisonment (see Calendar). Following an appeal, the sentence was set by a higher court in April 2017.

A Belgian court has prosecuted him in his absence in 2005, but Senegal has refused to extradite Habré to Belgian justice.

The trial against Habré in Senegal became possible after Macky Sall came to power in 2012. His appointment of human rights activist Sidiki Kaba to Justice Minister also played an important role in the trial being conducted.

Following the verdict against Habré, it was proposed that Senegal be the seat of a permanent African criminal court, similar to the one in The Hague. But despite President Sall being said to be proud of Senegal’s role in the trial of Habré, he was negative about the proposal. 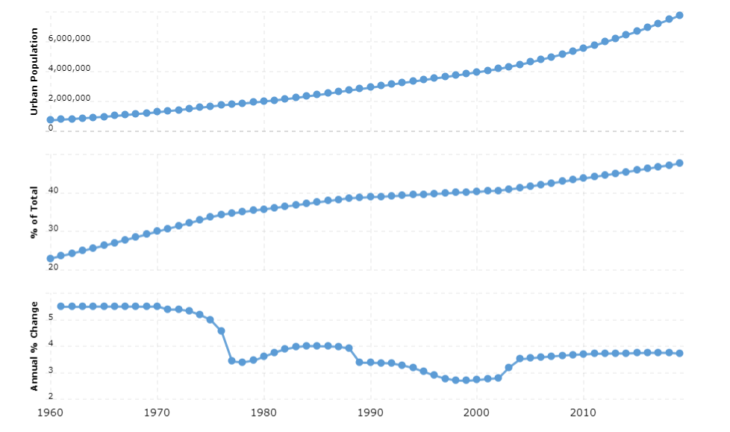