Since the beginning of the 1990s, short for SF by Abbreviationfinder, South Africa has moved from a system where the majority of the country’s population lacked the right to vote to become a full-fledged democracy with a constitution that guarantees human rights and emphasizes everyone’s equality before the law. For over twenty years, the previously banned African National Congress (ANC) has ruled, leading the blacks’ struggle against apartheid.

During the apartheid period from 1948 until the early 1990s, blacks lacked full representation. In 1984, a three-chamber parliament was introduced for whites, colored and Indians, but the blacks remained outside. After the abolition of apartheid, a temporary constitution was introduced that gave all adults the right to vote, paving the way for elections to South Africa’s first democratic parliament, which opened in 1994.

The President is appointed by Parliament for a five-year term and may be re-elected at most once. The president appoints the ministers, leads the government’s work and is commander-in-chief. He or she may be deposed by a motion of no confidence or court procedure.

In order to vote, you must be at least 18 years of age and register several months before the election. Voting has declined significantly since the first democratic elections in 1994, when 85 percent of the adult population went to the polls. The reduced tendency to vote can be interpreted as disappointing in the development (see Current policy). Opinion polls show that voting for a party other than the ANC, in particular among the black population, is a big step and many would rather vote.

Constitutional amendments require a two-thirds majority of the National Assembly. To change the constitutional declaration of human rights requires a three-quarters majority.

South Africa is divided into nine provinces. Each province has a legislative assembly of 30 to 100 members, depending on the size of the population. Provincial elections are held every five years. At the municipal level, there are 278 councils, whose members are appointed in separate elections.

The judiciary has an independent position. A constitutional court with eleven members shall supervise that the executive, legislative and judicial power comply with the constitution. There is also a Supreme Court.

South Africa’s dominant political party is the African National Congress (African National Congress, ANC), which has held government power since the mid-1990s. The party was at the top of the 2004 election when almost 70 percent of all South Africans voted for the ANC. Since then, the ANC has lost ground. In 2019, the ANC received 57.5 percent of the vote – the party’s worst result to date. However, this was enough for the ANC to retain its majority in Parliament.

The ANC was formed in 1912, was given the name ANC in 1923 and demanded the right to vote and other political rights for the blacks. In the 1950s, ANC led mass protests against the apartheid system. In 1960 the ANC was banned and after a police massacre of protesters the same year (see Modern history), the principle of non-violence was abandoned. In 1964, Nelson Mandela and other leading ANC members were sentenced to life imprisonment. In the 1960s, the ANC expanded its cooperation with the South African Communist Party (SACP), which had white members. Non-Africans subsequently became members of the ANC. The ban on the ANC was lifted in 1990, Mandela was released and the party by far won the country’s first democratic elections in 1994. Mandela was then elected by parliament to the country’s president.

At the beginning of the 1990s, the ANC formed an alliance with the Communist Party and the trade union movement Cosatu (Congress of South African Trade Unions). Thus, the Communists and Cosatu gained representation and influence in the government, which also led to tensions. The ANC’s more market economy orientation has been criticized by the others in the alliance.

The first breakaway from the ANC since the party came to power, the CCP People’s Congress (Congress of the People, Cope), which was founded in 2008 by two prominent figures in the ANC. Cope gained just over seven percent in the 2009 election but then fell into internal power struggles and has fallen below one percent in the last two elections.

The Democratic Alliance (Democratic Alliance, DA), has been the largest opposition party since 1999 and has power in the Western Cape Province. The party was formerly called the Democratic Party (DP) and brought together the liberal opposition to apartheid among English-speaking whites. Cape Town Mayor Helen Zille was elected new party leader for DA in 2007. She resigned in May 2015 when the party got its first black leader, Mmusi Maimane. The DA, is often accused of being a party of whites, despite the fact that white voters are now a minority and its largest constituency consists of colored. The party has grown steadily until the 2019 election when it lost a handful of seats (see fact box).

The third largest party since the 2014 elections is the newly formed Economic Freedom Fighters (EFF) led by Julius Malema. He was formerly chairman of the ANC Youth League but was kicked out following racist statements and harsh criticism of the party leadership. Among other things, the EFF wants state mines and agricultural land, as well as conduct a tougher policy against the country’s white population. The 2019 election was a great success for the EFF, which almost doubled its number of seats in Parliament (see fact box).

Inkatha’s Freedom Party (Inkatha Freedom Party, IFP) was originally a cultural movement for Zulus formed in 1922. The movement was registered as a political organization in 1975 under the leadership of Mangosuthu Buthelezi, head of government in the so-called homeland of KwaZulu (see Modern history). A violent and deadly political fight was fought between Inkatha and the ANC, who considered Buthelezi to be a failure to fight apartheid. At least 15,000 people lost their lives in clashes between the ANC and Inkatha. Inkatha has gradually weakened and received only ten seats in the 2014 elections but strengthened its position slightly in the 2019 elections when it came in fourth place.

Another party that has strengthened its position is the conservative Freedom Front Plus (Vryheidsfront Plus, VF +) which was founded in 1994. The party mainly attracts white voters and strives to protect the rights of the African-speaking people. The party opposes reforms to give blacks more power and opposes a redistribution of land from white landowners to blacks. In the 2019 election, the Freedom Front came in fifth place after Inkatha. 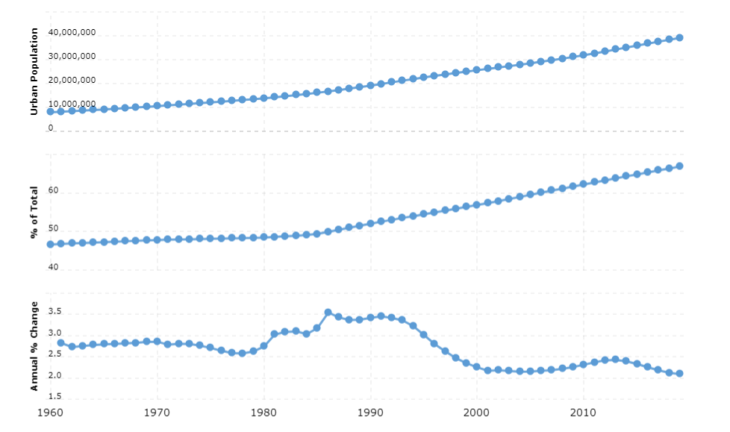