Short for GOSS by Abbreviationfinder, South Sudan – Africa’s youngest country – is a republic with strong presidential rule. The many war years, ever since the 1950s, characterize today’s political situation. The former liberation movement SPLM has been transformed into a state-carrying government party and its armed branch SPLA into official army. South Sudan became an independent state on July 9, 2011 and has yet to develop strong political and legal institutions. Both democracy and the judicial system are fragile. The country does not have a permanent constitution.

According to the transitional constitution adopted by the Declaration of Independence, the President is Head of State and Government as well as Commander-in-Chief. He or she has the power to announce state of emergency, declare war, confirm death sentences and pardon prisoners. The president may also take initiative on constitutional amendments and submit legislative proposals. The term of office of the President is four years. The constitution does not limit how many times a president can be elected.

The President may be dismissed by the Supreme Court if at least two-thirds of the members of the National Legislative Assembly (see below) have adopted a declaration of no confidence in the Head of State. This may be the case if the president is guilty of treason, gross violation of the Constitution, or grossly neglected affairs of the nation.

The Legislative Parliament has two chambers: the National Legislative Assembly (Lower House) and the Land Council (Upper House). Until the elections in 2021, the National Legislative Assembly is made up of those who were elected in the 2010 elections, including the South Sudanese who were elected to the Federal Parliament in Khartoum that year. The state council is open to those elected to the corresponding federal chamber in Khartoum in 2010. In addition, the president has the right to appoint 20 members. The term of office of the Members is four years, but in March 2015 Parliament extended its own and the President’s term of office by three years. The same thing happened three years later. After the 2021 election, the lower house must have 170 members and the upper house 50. In both chambers, at least a quarter of the seats must be occupied by women.

South Sudan was initially divided into ten states, governed by each elected governor. By a presidential decree in December 2015, these were dissolved and 32 new states were created instead. Each state would be led by a governor appointed by the president. After strong protests from the opposition, the government once again changed its divide, giving the country once again ten states, governed by governors to be elected by the people. All states have their own governments and parliaments as well as their own constitutions.

The highest court is the Supreme Court, which has seven judges. Under it, there are three appellate courts (for appeals), ten high courts and county and district courts.

The South Sudanese politics is dominated completely by the Sudan People’s Liberation Movement (Sudan People’s Liberation Movement, SPLM), which holds almost all the seats in Parliament. The fact that power lies entirely with a former guerrilla is a relationship that history has shown has not always been the best solution when a country is to build a future in peace. The SPLM leadership is criticized both by the domestic opposition and by foreign appraisers for not listening to dissenting voices and not giving dissent a chance to influence politics.

Given that the transitional constitution provides for the president to be re-elected an unlimited number of times, South Sudan is considered at great risk to follow the same path as, for example, Eritrea and develop into an authoritarian one-party state. The term “transitional constitution” suggests that a new, permanent constitution must be worked out, but when that can happen it is unclear.

Also represented in Parliament with a small mandate are the Sudanese People’s Liberation Movement-Democratic Change (Sudan People’s Liberation Movement-Democratic Change, SPLM-DC) and the National Congress Party ( NCP). SPLM-DC broke out of SPLM in 2009 since its founder Lam Akol accused the SPLM government in the south of mismanagement. Akol himself was accused of cooperating with the north side. Ahead of the referendum on the future status of the South in early 2011, SPLM-DC was opposed to immediate independence. The influence of the two parties on the policy is insignificant in comparison with that of the SPLM. 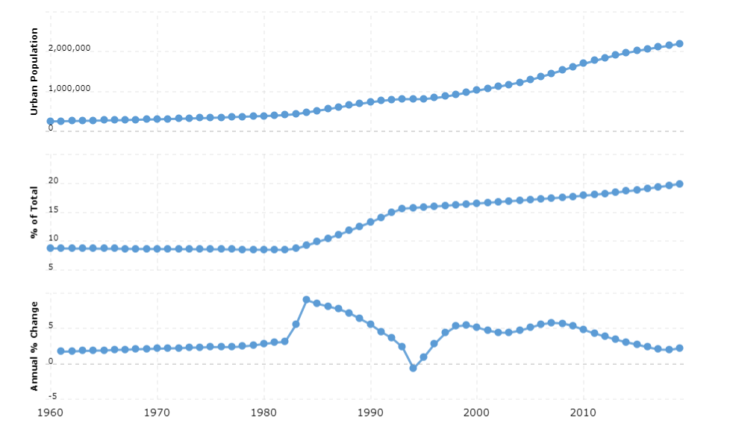 The north side is accused of oil theft

The organization Global Witness claims that the authorities in the north have sold significantly more oil from southern Sudan to China than they have reported, thus cheating self-government in the south on oil revenues.

New clashes occur between the lou nuer and murle peoples in the southern state of Jonglei. The UN estimates that more than 2,000 people have been killed in the ethnic conflict so far in 2009.

Oil field in Abyei falls to the north

The Permanent Arbitration Court in The Hague determines how the border around Abyei should be drawn. The decision means that the large oil field Heglig falls to the north side. Both parties agree to accept the court’s ruling.

Former Foreign Minister Lam Akol, the SPLM government, accuses the ruling party of misconduct, while at the same time being accused of cooperating with the north side. Akol breaks out of SPLM and forms the new party SPLM-DC (DC = Democratic Change).

Around 1,000 people are killed in fighting between the lou nuer and murle groups in the southern state of Jonglei. The South Sudanese government and the SPLM government accuse local warlords of trying to sabotage the general elections scheduled for 2010 by undermining confidence in the southern government.