The 1998 Sudanese Constitution was repealed on April 11, 2019 in connection with a military coup. After months of popular protests around the country, the ruling military council and the protest movement’s representatives signed a so-called political and constitutional agreement on August 17, 2019. This replaces the 1998 Constitution.

The constitutional agreement in Sudan short for SU by Abbreviationfinder, provides for civilian and military leaders to co-govern for a transitional period of three years, until general elections to a civilian government are held in 2022. The transitional government consists of a so-called sovereign council consisting of six civilians and five military commanders, who shall rule the country for 39 months. The council is led by a military for the first 21 months, then for 18 months by a civilian.

The sovereign council, in turn, appoints a civil, technocratic transitional government, whose prime minister is appointed by the civilian side while the defense and interior minister are appointed by the military. Under the agreement, the paramilitary RSF sorts under the military while the intelligence service is controlled by the sovereign council and the transitional government together.

On August 21, 2019, the sovereign council took over with General Abdel Fattah Abdelrahman al-Burhan as leader. The prime minister for a transitional government was elected economist and UN diplomat Abdalla Hamdok.

The Hamdok government’s stated priorities until 2022 are to hold talks with armed resistance groups to create a lasting peace, and to provide equal rights and opportunities to all citizens. Its work will be based on principles of non-violence and democracy.

According to the abolished constitution of 1998, the president was head of state and government and was elected in direct and general elections for a five-year term. The president then appointed his own government.

The Legislative Parliament was dissolved in connection with the military coup in 2019. Parliamentary elections were held last 2015. The Assembly then consisted of two chambers: the National Assembly (lower house) had 426 members, of which 213 were elected in one-man constituencies, 85 proportionate by party lists and 128 proportionate among female candidates. The Cabinet (upper house) consisted of 32 members: 30 appointed by the legislators in the lower house and two observers from the disputed border area Abyei. All parliamentarians were elected for a five-year term.

Administratively, Sudan is divided into 18 states, which in turn are divided into a number of districts. The states are governed by each governor, who is assisted by five state ministers each. According to the 1998 constitution, the president appointed the state governors.

The ousted President Omar al-Bashir’s support party The National Congress Party ( NCP) was banned in November 2019. The NCP was a breakout group from the political-religious organization the Muslim Brotherhood. It ruled the country throughout al-Bashir’s 30-year power holdings.

Until the 1970s, the Sudanese Communist Party was strong and well-organized, with supporters both in northern and southern Sudan, although the base was in the north. The party was banned along with the other opposition parties in 1971 (see Modern history). In the freer political climate after 2005, the party reappeared in public but was severely weakened.

Other traditional parties are linked to religious orders and leading families of the Arab elite. The Uma Party is the political branch of the Sammaniyah order and is led by the al-Mahdi family, who are descendants of a religious rebellion leader in the 19th century (see Ancient History). The party has split and swung between different positions, partly as a result of power struggles within the al-Mahdi family. The Umma Party won the elections in Sudan in 1986. Its leader Sadiq al-Mahdi formed government but overthrew in the military coup in 1989 when al-Bashir took power. In the demonstrations leading up to the 2019 military coup, the Umma Party leader Sadiq al-Mahdi played an important role.

The Democratic Unionist Party ( DUP), which came second in the 1986 election, is the al-Mirghani family’s party and the khatmiya order’s speech tube. DUP is now split into DUP originals and DUP-Jalal al-Digair. 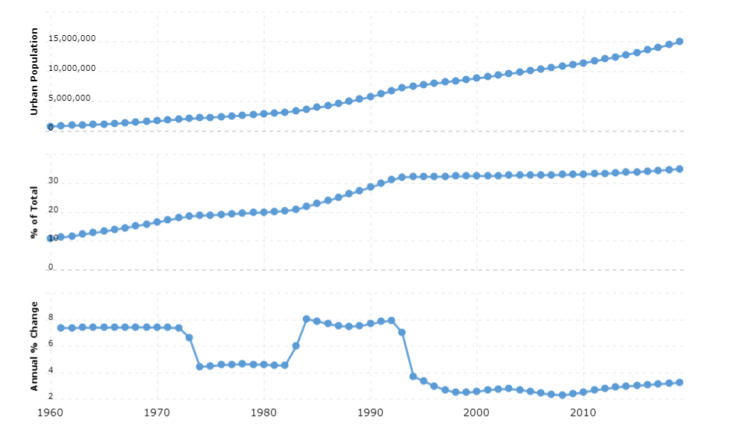 A coup attempt is averted

The government announces that a coup attempt has been averted and that 13 people have been arrested for involvement in this. Among the arrested are military as well as civilians, including Salah Hosh, former head of one of the intelligence services.

Sudan accuses Israel of being behind an explosion with accompanying fire in a weapons factory in Khartoum. According to the government, four fighter aircraft have flown in from the east and fired rockets at the factory. Two people are killed in the fire. A spokesman for the Israeli Defense Ministry describes Sudan as “a dangerous terrorist state”, but does not comment on the charges. Israel is also suspected of an attack in September when a driverless plane destroyed an ammunition transport south of Khartoum.

President al-Bashir meets South Sudan’s President Salva Kiir in Ethiopia’s capital Addis Ababa to try to resolve the conflicts between the two countries. After four days of talks, the parties sign an agreement on trade, oil and security. They also agree to set up a demilitarized buffer zone, but the boundary issue remains unsolved.

Sudan and South Sudan agree on the economic conditions for the transportation of South Sudanese oil to Sudanese shipping ports in the Northeast. The UN deadline for the parties to August 2 to resolve all remaining disputes is extended to September 22.

Organized opposition to the government

A series of opposition parties, gathered in the umbrella organization National Consensus Forces (NCF), includes a treaty on working with peaceful methods to overthrow the regime. NCF wants to promote a regime change through strikes, demonstrations, sitting strikes and civil disobedience. NCF also agrees to announce ceasefire on all fronts in the areas where fighting is ongoing against rebel forces and South Sudan’s army.

Protests are spreading across the Khartoum area against the government’s decision to abolish subsidies on fuel, among other things, to reduce the budget deficit caused by the loss of the South Sudanese oil fields. According to Human Rights Watch, a large number of people are arrested and abused.

Four aid organizations from the west, including the Swedish Save the Children, are expelled from eastern Sudan. The official explanation is that the organizations have not succeeded in implementing their projects, but the relief workers suspect that there are political reasons behind the action. Tensions are on the rise in the east, where residents feel let down by the central government, which has not fulfilled promises of increased aid to the region.

Sudan withdraws its troops from Abyei a few days before peace talks start in Ethiopia’s capital Addis Ababa. Sudan, however, retains some presence in the oil-rich district by simultaneously deploying 200 police officers in the area.

Sudan’s finance minister says the conflict with South Sudan has cost the Treasury the equivalent of $ 2.4 billion in missing transit fees for South Sudanese oil and reduced its own oil production. The country’s total exports are declining and inflation is rising.

The UN requires a ceasefire

The UN Security Council unanimously adopts a resolution calling on Sudan and South Sudan to guarantee in writing within two days that they will stop fighting and withdraw their respective forces to their own side of the border. The resolution also requires that all unresolved conflict issues between the countries be addressed for new negotiations within two weeks and that a settlement is to take place within three months. If either side fails to meet the conditions, the Security Council threatens to impose non-military sanctions on that country. Both countries say they accept the plan and timetable, but South Sudan complains about continued Sudanese shooting of military units in the state of Unity.

State of emergency along the border

President al-Bashir faces a state of emergency in cities along the entire border with South Sudan.

Sudan strikes with airstrikes far in southern Sudan. On April 16, Sudan’s parliament declares South Sudan as “enemy”. Sudanese flights are accused of bombing civilian areas in South Sudan after the South Sudanese troops were driven away from Heglig.

South Sudanese troops take control of the Heglig oil field after several weeks of fighting in the border area. The city of Hegligs around 5,000 residents flee the fighting. According to the United Nations, most people do not have access to supplies and roofs. Satellite images analyzed by a US-funded institute are reported to show that the oil field has been severely damaged, probably intentionally. After the division of the country, Heglig accounts for about half of Sudan’s remaining oil production. Sudan is dependent on Heglig for a substantial portion of its state budget. The African Union (AU) calls on South Sudan to withdraw its forces.

Struggles erupt in the border area towards South Sudan. South Sudanese troops are reported to cross the border into the Heglig district. Conflicts are also reported to be ongoing between the Sudanese government and the banned guerrilla SPLM-N around the city of Taludi in the same state.

The ICC issues an arrest warrant for Sudan’s Defense Minister Abdelrahim Mohammed Hussein, who is suspected of 20 cases of crimes against humanity and 21 cases of war crimes in Darfur.

Non-aggression pact is entered into

Sudan enters into a “non-aggression pact” with South Sudan, since disagreement over the handling of neighboring oil threatens to lead to war. The two governments promise to quickly try to resolve the many disputes that have been put on ice in connection with South Sudan’s Declaration of Independence.