Short for TS by Abbreviationfinder, Tunisia gained a new democratic constitution in 2014, following the Arab Spring of 2011 when a wave of protests forced the country’s dictator to resign. The division of power between the president and the government is reminiscent of France’s semi-presidential system.

The President and the Prime Minister share the executive power. The president, who is elected for five years in general elections, is the commander-in-chief and responsible for national security and foreign policy. For victory in the first round of elections, at least half of the votes are required, otherwise there will be a second round of elections between the two leading candidates. The President can be dismissed if two-thirds of Parliament votes for it.

The prime minister, who is responsible for domestic politics, appoints the government’s members, with the exception of the defense and foreign ministers respectively. Those posts are added by the president. The one-chamber parliament, the Assembly of Representatives, has 217 members who are elected by majority vote in one-person constituencies, for five years at a time.

Tunisian democracy is young. The party system is still mobile as are the voters’ sympathies. The parties are many and the range is great between highly secular parties and groups with Islamist sympathies.

The biggest in the 2019 parliamentary elections was the Islamist party Ennahda (which can be translated rebirth or revival, also transliterated al-Nahda). The party, by a good margin, became the largest already in the election to a Constituent Assembly in 2011 (see Modern history) and led the government that was formed thereafter. But support for the party has varied considerably from election to election. Despite the tendency for the party to decline, it has been the largest in the parliament due to the other parties being so many and having difficulty in getting a stable electoral base. Ennahda advocates a moderate Islamist line and, as a well-known party, already had broad support among Tunisians, not least among the poor, unlike large parts of the plethora of new parties that started after the revolution. The party was banned under Ben Ali’s regime and its leader Rachid al-Ghannouchi was forced into exile in 1993. Following Ben Ali’s case, the party was again approved and Ghannouchi returned to Tunisia.

The biggest in the 2014 parliamentary election was Nida Tounes (roughly the Call for Tunisia), a then newly formed party that brought together liberal, independent and secular politicians. Among them were people associated with the dictator Ben Ali, who had been overthrown during the Arab Spring of 2011, and his now-banned party Democratic Constitutional Assembly (Rassemblement Constitutionelle et Démocratique, RCD). Nida Tounes founder Béji Caïd Essebsi won the presidential election in 2014 and then resigned from the party leader post, in accordance with the constitution. Essebsi was president of Ben Ali’s regime and prime minister for a period of 2011 (see Modern History).

Nida Tounes was already divided in several camps during the mandate period after 2014. Ahead of the 2019 presidential and parliamentary elections, there have been spin-offs from the party that have meant regrouping among the secular forces. Prime Minister Youssef Chahed, who has been excluded from Nida Tounes after fighting for the leadership of President Essebi’s son, formed Tahya Tounes (Leve Tunisia), with an agenda similar to Nida Tounes program. Already in 2016, Mohsen Marzouk left the party and founded Harakat Machrou Tounes (Movement for the Tunisia project). Both the parent party and the spin-offs failed poorly in the 2019 parliamentary elections.

Instead, the 2019 election produced a new party with the potential to become a power factor: Qalb Tounes (Tunisia’s heart). It is a support party for Nabil Karoui, a businessman and owner of a TV channel. He also ran in the presidential election that year, although he was under investigation, among other things, for suspected tax offenses.

Three other parties that made good election results in 2019 show how big the spread of opinion is in Tunisia and that the party system is continuing to develop:

The Free Constitution Party (al-Hizb al-dusturi al-hurr, Parti Destourien Libre) is pronounced anti-Islamic and managed to take home 17 seats in parliament under the leadership of Abir Moussi. She also signed up as presidential candidate.

Seiffeddine Makhlouf leads al-Karama (I’tilaf al-Karama, the Dignity Coalition), an alliance formed not long before the election. The party leader has been known to defend suspected salafists.

However, several secular parties that had emerged in the 2014 elections, alongside Nida Tounes, have, like the larger party, found it difficult to hold positions: Free Patriotic Union (Union Patriotique Libre, UPL) with strong links to the business community, the left-wing Alliance for the realization of the the aims of the Revolution (Front Populaire pour la Réalisation des Objetifs de la Revolution) and Afek Tounes (Afaq Tunis, Tunisian endeavor), a liberal center-right party that is perceived as a party for the intellectuals.

Ennahda formed a government in 2011 with two secular parties, which have also failed to retain their appeal to the electorate later: Assembly for the Republic (Congrès pour la Republique, CPR) and Ettakatol (al-Takattul, in the French Forum Democratique pour le Travail et les Libertés). CPR was established in 2001 by the physician and activist Moncef Marzouki. The party was banned, but continued to operate from abroad. Marzouki was named president in 2011 and was a candidate in the 2014 presidential election, but was defeated by Essebsi. The center-left party Ettakatol was formed in 1994, but was allowed to operate by the regime only in 2002. In 2014, CPR shrank and Ettakatol lost its mandate.

Democratic Progressive Party (Party Democratic Progressiste, PDP) was one of the approved parties under Ben Ali. PDP was started in the 1980s and was high in opinion polls before the 2011 election but had to settle for fifth place. In 2012, the party merged with Afek Tounes.

Among the newly formed parties that set up in 2011, the People’s List (al-Aridha al-Shaabiyya) formed by Mohamed Hechmi Hamdi (Muhammad al-Hashimi al-Hamidi), owner of the London-based satellite television station al-Mustaqilla (“The Independent”). The party that became the third largest party in 2011 changed its name to Tayar al-Mahaba (roughly the Love flow, often called just al-Mahaba) in 2013, and the leader ran for president. However, al-Mahaba only got a few seats in the 2014 elections. 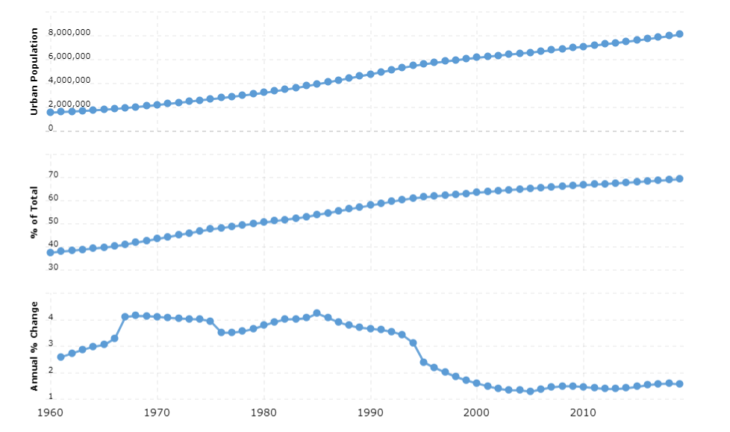