Under the Constitution, Zimbabwe is supposed to be a democratic republic with multi-party systems, but under President Robert Mugabe’s long reign (1980-2017), democracy was the exception.

After a turbulent political period, a new constitution was adopted in 2013 (see Modern History). This eliminated the Prime Ministerial post that existed between 2009-2013. The president is now both head of state and government. The president is elected for five years in direct elections and cannot sit for more than two terms in office.

The president appoints people to most senior positions in politics, government and the judiciary, including two vice presidents and the entire government. However, with the new constitution, the president can no longer veto bills or dissolve Parliament. In the future, the president will also not have prosecutorial immunity after his term of office.

Parliament consists of two chambers, both of which are appointed for five years, at the same time as the presidential election. By 2023, the National Assembly will have 270 members. Of these, 210 are elected by majority vote in one-man elections. The remaining 60, including 6 from each province, are reserved for women and are added through a proportional system.

The Senate has 80 members, 60 of whom are elected in general and proportional elections, 18 are reserved for traditional chieftains, and 2 represent people with disabilities.

Basic amendments can be made by a two-thirds majority in the National Assembly.

Short for ZW by Abbreviationfinder, Zimbabwe is divided into ten provinces. With the new constitution, provincial assemblies have been set up consisting of regional members of the national parliament, as well as some who are appointed on the basis of the results of the national elections.

Zanu-PF was formed in 1963 and mainly seeks its voter support in the countryside. The party was initially a Marxist-Leninist party, but gradually became more generally socialist. As the political crisis deepened during the 2000s, Zanu-PF became radicalized. The then President Robert Mugabe (1980–2017) talked more and more about state mining and industries. The country’s new president Emmerson Mnangagwe has toned down that rhetoric in an attempt to attract foreign capital to the country.

The only party that has ever been able to threaten Zanu-PF’s power monopoly is the Movement for Democratic Change ( MDC). The party was formed in 1999 when opposition lawyers, leaders of church communities, human rights activists and trade union activists could be united in dissatisfaction with political mismanagement and an economy in free fall. MDC is strongest in cities and in Matabeleland in the south. The 2000 parliamentary election was a success for MDC, but then the regime’s harassment against the party, its leader Morgan Tsvangirai and supporters led the MDC to have difficulty holding meetings, spreading its message and organizing demonstrations. In 2005, internal contradictions led to the party being divided into two factions. One was led by Tsvangirai and is commonly called MDC-T. The other went first under the designation MDC-M after former leader Arthur Mutambara and then sometimes as MDC-N after Welshman Ncube who became party leader in 2011.

The March 2008 parliamentary elections marked a historic victory for the opposition and the two MDC factions pledged to cooperate. However, they continued to act as two groups. In 2014, contradictions within MDC-T were sharpened. Former Finance Minister Tendai Biti broke out and formed a new party of MDC Renewal (MDC Renewal) which in turn split the following year. Ahead of the 2018 presidential election, Tsvangiari, Welshman Ncub and Tendai Biti reunited and formed the MDC Alliance alliance together with some smaller parties.

In early 2016 founded the party Zimbabwean people first (Zimbabwe People First, ZPF) of the former Vice President Joice Mujuru. She was previously a loyal associate of President Mugabe but was excluded from Zanu-PF in the spring of 2015 after coming into conflict with the president. The base in Mujuru’s party was made up of other defunct or excluded members of Zanu-PF, but politicians from Biti’s party also joined. After seven people who were excluded from the ZPF claimed the right to the party name, Mujuru in 2017 renamed the party to the National People’s Party ( NPP).

The smaller ZPF joined the MDC Alliance when it was formed in August 2017, but NPP chose to stand outside. However, Mujuru refrained from running for the 2018 presidential election and instead stood behind the MDC Alliance candidate.

The judiciary is rooted in the British system, in combination with local courts that follow traditional customary law. These lower courts are headed by chiefs whose verdict can be appealed to another lower court. Until 2002, the judiciary was relatively independent and the Supreme Court often made decisions that went against the regime. However, that year the Supreme Court’s entire judiciary was replaced with more government-loyal judges. With the new constitution, a constitutional court was established.

The rule of law has serious shortcomings. Security laws give the regime great opportunities to control the opposition. The police have the right to directly shoot anyone who refuses to obey orders during strikes and demonstrations. Arbitrary arrests at demonstrations and elections are common. The conditions in overcrowded detention centers and prisons are described as awful. The testimonies of abuse and torture are numerous. Malnutrition and lack of hygiene in prisons require many lives. According to reports from human rights organizations, more than 100 prisoners of malnutrition died in 2013 alone.

Respect for human rights was severely eroded during the presidency of former President Robert Mugabe. Most vulnerable were abusive supporters of the largest opposition MDC, human rights activists, church representatives and independent media. Few of the perpetrators were punished for their crimes. Misunderstandings continued after the 2017 power shift when Mugabe was deposed and Emmerson Mnangagwa, one of Mugabe’s former arms brothers, took over as president. In recent years, government critics have been arrested while the opposition and trade unions have been barred from demonstrating. On two occasions, security forces have sharply shot and killed civilians in connection with protests and demonstrations.

The death penalty occurs in Zimbabwe, even with the new constitution. The latest execution took place in 2005. Ten years later, 95 people were sentenced to death in the country’s prisons. 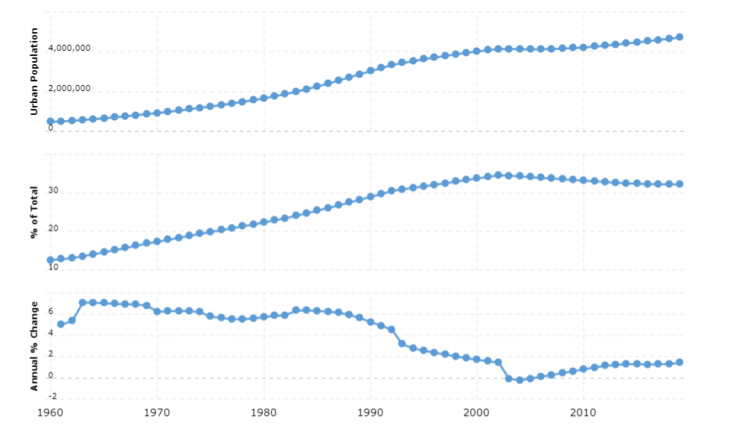